For the first time, finance commission has recommended giving weightage to forest cover of states for devolving funds 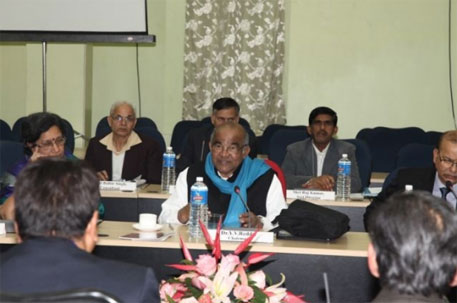 Accepting the recommendations of 14th Finance Commission, the Union government appears to be walking the talk in “cooperative federalism”. Now it would allow states to restructure or change Centrally-sponsored programmes and schemes as per their requirement.

The Union government will also increase states’ share in  Central taxes to 42 per cent of divisible pool; the current share is 32 per cent. This means states will be flush with resources as well as free to continue or change Centrally-sponsored schemes and programmes as per their requirement. The current share (2014-15) of tax devolution to states amounts to around Rs 3.5 lakh crore which would go up to Rs 5.2 lakh crore in 2015-16.

The five-member commission, headed by former Reserve Bank governor Y V Reddy, had submitted its report to the Union government in December 2014. The commission was constituted in January 2013.

“Considering all factors, in our view, increasing the share of tax devolution to 42 per cent of the divisible pool would serve the twin objectives of increasing the flow of unconditional transfers to the states and yet leave appropriate fiscal space for the Union to carry out specific-purpose transfers to the states,” states the finance commission in its recommendations.

Prime Minister Narendra Modi has stated in a letter to all chief ministers that his government fulfilled the promise of cooperative federalism by accepting the recommendations of 14the Finance Commission.

"You are aware that ever since our Government came into office, I have been working to strengthen our federal polity and promote cooperative federalism. Looking to the diversity of the country, we understand that real and functional Federal Governance is the only vehicle to achieve this objective quickly and holistically” says Modi in its letter.

In the letter, he has also said that such a move would create tremendous strain on Centre’s finances.

“The total devolution to states in 2015-16 will be significantly higher than in 2014-15. This naturally leaves far less money with the Central Government. However, we have taken the recommendations of the 14th FC in a positive spirit as they strengthen your hand in designing and implementing schemes as per your priorities and needs,” he has said.

A tale of two commissions and the missing links

Issues before the Fourteenth Finance Commission

Have the State Finance Commissions fulfilled their constitutional mandates?