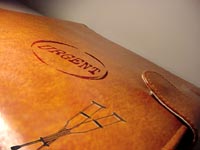 Every new case of polio in the country should henceforth be treated as a "public health emergency". This suggestion was made by the India expert advisory group on polio, with a view to eradicating polio by the end of 2005. The decision was taking at the 10th meeting of the expert body, held in Delhi.

The detection of a case is to be followed by three rounds of immunisation in the concerned state within the following four-to-six weeks. This would be in addition to the regular rounds of immunisation carried out at the national and state levels. In Bihar, where there have been reports of polio cases in the month of March, children will be immunised in May, July and August. Even Uttar Pradesh is in for extra rounds.

The advisory committee also suggested that the Prime Minister and Union health minister should intervene directly when polio cases are brought to their notice. "This would ensure that the polio programme does not suffer during the elections," pointed out Raman Bhatia of Rotary International, one of the partners in the national polio immunisation programme. The committee laid stress on the need for improving the quality of polio rounds. It also recommended information-sharing with health authorities of different states as well as neighbouring countries.