Trend shows doctors prescribe them with every medicine for immediate relief 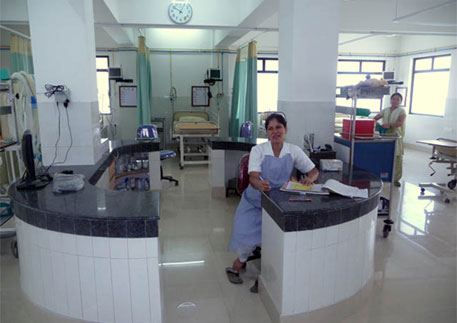 A survey by a team of doctors in Raxaul town of East Champaran district of Bihar has revealed rampant steroid use among people. Steroid glucocorticoid is prescribed without care by doctors, causing diseases like diabetes, cataract, osteoporosis and conditions like low immunity.

The team of doctors from the town’s Duncan Hospital first detected the signs of steroid overuse in 2012 in 22 patients admitted there.

"We noticed that many patients were suffering from hypo-adrenal crisis, which occurs due to sudden withdrawal of steroids," said Sharon Cynthia Stephen, doctor of community medicine at Duncan Hospital.

"Results of the study prompted us to go to the community and check the rate of use of steroids," said Stephen.

The team surveyed 334 households in four areas of Raxaul and found 113 patients taking steroids. "We found that for 100 of them, steroid consumption was inappropriate. Of these 100 patients, 78 had consumed it for over a month," said Stephen. Serious side-effects are seen when steroids are consumed for more than a month.

If the current study is extrapolated to the population of the town, then one in every 15 persons is overusing steroids. Raxaul, which has a population of 0.25 million, has only one primary health centre. Medical services are largely rendered by registered medical practitioners (RMPs) who serve in rural areas after a one-year course in medicine.

"There are many medical practitioners who do not have any training. The bad shape of primary healthcare is at the root of overuse of steroids," said Stephen.

As steroids give an immediate feeling of wellness, patients feel they are getting better even if they are not cured.