While a few environmentalists claim that tribes encourage poaching in forests, others believe they help in conservation 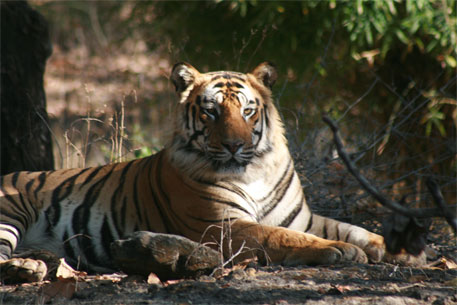 Many forest dwellers have reported that the forest department had threatened to release elephants to trample their houses and crops if they did not leave immediately. The incident came as a shock to the Baiga and Gond tribes which have their ancestral homes in the reserve.

According to a few media reports, about 450 families or 3,000 people from the Baiga and Gond tribes were evicted from the reserve in June 2014.

Along with the forest dwellers, the activists are also angry with the move. Stephen Corry, director of non-profit Survival International, recently stated that if India doesn’t allow the Baiga and Gond tribes to return to their homes in the reserve and prevent further forced eviction of tribal people, communities will be completely destroyed. Presently, the communities are scattered in surrounding villages.

The state government, however, has been defending the decision. “The relocation of these forest dwellers was not forced and was indeed voluntary. Only after people agree, the gram sabha of any village passes a resolution after which the money for rehabilitation is allocated,” says Narender Kumar, principal chief conservator of forests and chief wildlife warden, government of Madhya Pradesh. He further adds, “Typically an amount of Rs 10 lakh is allotted to each unit. Every family is considered a unit and those above 18 years of age are eligible to receive the money for rehabilitation.”

Many members of the tribes, however, have even made it clear that they don’t want money from the government and are not willing to leave their land.

According to Kumar, the claims about forced eviction of the forest dwellers from the Kanha Forest Reserve are baseless and have been spread by those who claim to have been residents of the villages nearly 25 years back and don’t reside in the village anymore. They, therefore, are not entitled for any money for relocation.

Reports also suggest that environmentalists believe despite having made several clarion calls for a proper integration of the tribal communities who make up more than 8 per cent of its 1.2 billion population, India seems to be inching closer towards a regressive reorientation. A few environmentalists have also claimed that tribal people encourage poaching. According to Survival International, the tribal people are not involved in poaching, but are the best conservationists as they have carefully managed the tiger’s habitat for generations.

“Next week, the government will announce the latest tiger numbers which will give media an opportunity to examine the human cost of tiger conservation and the ways in which laws are violated and rights denied in the name of conservation,” Jo Woodman, senior campaigner at Survival International told Down To Earth. He added, “We are calling for a moratorium on ‘relocations’ from tiger reserves unless and until the letter and spirit of the law is followed, for what’s happening now are illegal evictions. These illegal relocations have not been exposed by the media yet.”