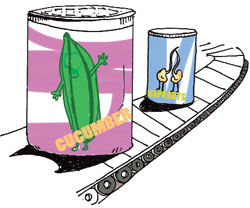 Do we want to sensationalise the issue of poor food safety regulations and use big companies as a whipping boy or work on the solutions? How are we going to deal with the fundamental issue of feeding seven billion people and providing them with water and shelter? I agree that companies must do more to ensure public health. But if they shut operations, can the government or the civil society take their place?

It is very easy to point out problems but who is in charge of taking actions once a problem is found. Our society has become so complex that it cannot take quick corrective actions.

In today’s time we Indians are not even sure if the watermelon or mango we buy contains harmful chemicals like steroids and carbides. We cannot even drink water from taps without fearing for our health. Companies capitalise on this opportunity by providing drinking water in plastic bottles. Besides burning a hole in the pocket, these bottles hurt the environment. A way out is to regulate the food processing industry with all the checks in place. Government, companies and civil societies should work together to find alternatives.

Poor norms for food safety are not the only threat to the environment and public health.

Policy-makers are trying to push genetically modified (GM) foods down our throats. These will pollute everyone, from farmer and his soil to the consumer and his garbage. What we really need is G M food—grandmother’s foods.

The youth’s liking for fast food is deteriorating our food culture. Their lifestyle, time-consuming academic structure, increasing spending power and competitive markets are keeping them hooked to fast food.

The food processing system plays a significant role in determining the benchmark of the public health and safety, but then consumers themselves are making the market fragile. How many people see the manufacturing and the expiry dates printed on any food item? How many take efforts to file a petition in the consumer court when they see violation of norms?

Unless the masses are aware of their actions and reactions, food regulations would not improve.

Moreover, comments from Dhrubajyoti Ghosh, an internationally known expert on wise use of wetlands based in West Bengal, find no place in the debate. It will be prudent to appropriately correct the imbalance that crept into the debate. 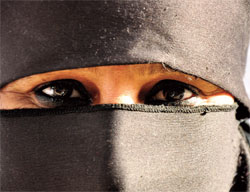 This refers to the cover story “Ethics on trial” (June 16-30, 2011). Some of the steps that can be taken to make clinical trials transparent are: providing documentary evidence on the use and impact of drugs, volunteers should be well informed about the cause and consequences of drugs, no volunteer should be forced. Before the agreement, the pharma firms should provide volunteers insurance both for health and life.

To regulate drug trials in the country, the government should form strict guidelines for ensuring safety of volunteers. No person should be allowed to become a volunteer unless he or she is identified by the panchayat or municipality of his or her area. The authorities should rope in the National Human Rights Commission and the state administration for effective implementation of the guidelines. 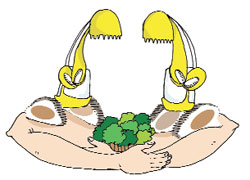 Any further claim by non-forest dwellers on forests is an act of hegemony (‘From forestry to productive forestry’, June 1-15, 2011).

The government will have to take a radical step to protect the country’s forests. Learning from the European or western example of forest conservation is a bad idea since most of their forests are in a bad shape ecologically.

India does not have the luxury of importing raw material at throwaway prices or the privilege to export surplus production. The authorities need to take the stand that forests and their wealth vest only with the forest dwellers. Non-forest dwellers should have a say only when it appears that a particular practice is likely to lead to forest destruction or degradation. Denial of profits to them may help ensure the interventions are honest. This approach will require a declaration that forest dwellers are a distinct class of people, invested with autonomy akin to that granted to Muslims or Christians.

Stevia is a harmless natural sweetener (‘No to natural sweetener’, October 1-15, 2010). Stevia shrub, a member of the sunflower family, contains stevioside, which is 300 times sweeter than sugar. I fail to understand why the government is not taking any step to promote stevioside when it is approved in many developed countries. Thanks to good promotion, China is far ahead of India in stevia cultivation though the stevia grown there is of poor quality. India, which is world’s diabetes capital after China, needs to invest in stevia. Here are some details about stevia cultivation. An investment of Rs 1,50,000 is required in the first year (this includes drip irrigation charges). There is also an annual maintenance charge of Rs 30,000. Annual average net output on the lower side will be Rs 1,50,000 per year per acre (0.4 hectare). 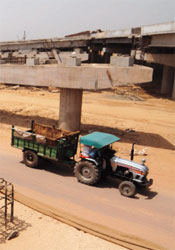 Land acquisition by the state remains a pressing issue (‘Road to disaster’, June 1-15, 2011). In the process, tribals and poor farmers are the worst affected. The Land Acquisition Act of 1894 empowers the government to acquire land for public purposes. But now public purpose has become private.

The recent farmers’ agitation in Uttar Pradesh brought into focus the indiscriminate acquisition of fertile agricultural land for building industries and residential estates.

Sonia Gandhi, chairperson of the National Advisory Council, has proposed amending the Act to find a permanent solution. Uttar Pradesh chief minister Mayawati has announced an attractive compensation scheme for farmers and has promised that no land will be acquired forcefully.

The need is to enact a law that protects the interest of the farmers, tribals, and the landless labourers. 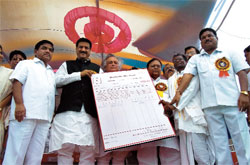 The article “Bamboo freed” (May 16-31, 2011) has failed to critically examine the other side of the Forest Rights Act (FRA), which leads to destruction of forests and unsustainable environment.

The government is making village residents too dependent on forests. Instead of FRA, why not advocate livelihood alternatives to local communities, like agroforestry and social forestry. The forest departments can also hire them for services for various forest management and conservation activities. This will also help reduce the conflict between the two.

Unregulated bamboo harvesting by panchayats and local communities can threaten birds and animals that depend on them for food and shelter. To see the adverse impact that issuing rights under FRA will have, one should go near the fringe of any forest. Except for a few communities, like the Bhishnoi in Rajasthan, many are exploiting forests just to earn more money. I have witnessed this in my hometown near the Ranthambore Tiger Sanctuary. Unregulated grazing has become a threat to the forestland. We have advised the panchayat many times to efficiently regulate the forest, but in vain. The residents have encroached upon the forest land and settled permanently. The panchayat supports this just to get votes. It is necessary to see both sides of the Act to protect bamboo and provide livelihood to village residents.

The article “New cancer risk” (June 16-30, 2011) mentions, “There are an estimated five million cell phone subscribers around the world at present”. The figure is incorrect. It should have been five billion.

• The article “Shale gas: hype and reality” (June 16-30, 2011) states that “a report by Prayas Energy Group in December last year warns that all potential shale gas sites in the country are water scarce.” The report, an indicative map, actually shows a significant overlap between areas of water scarcity and potential shale gas availability and not that all shale gas is likely to be in water-scarce regions.