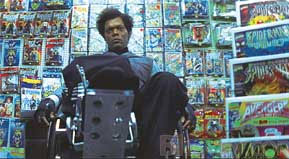 There  are about 300 million people living with osteoporosis in India. Within the next 10 years, this number is expected to increase by 50 per cent. People with osteoporosis have thin and weak bones. At any time they must take care not to twist the ankle or break a bone. Their fractures of the arms, legs, hips, spine heal normally. But then the fractures become more frequent as the people get older and their bones become more fragile.

“With every major osteoporosis fracture, the risk of death doubles,” said John Allan Eisman, director of Bone and Mineral Research Programme at Garvan Institute of Medical Research in the University of New South Wales in Sydney in Australia.

Osteoporosis can occur for several reasons: if the body is not getting enough sun which ensures the required dose of vitamin D or if one is not eating foods rich in calcium; genetic factors are not so common. Nevertheless, awareness for this disease that is more prevalent among women, is hardly there.

Nor are there remedies. Just like machines that need oiling or repair from time to time, bones undergo constant remodelling. Two kinds of bone cells—osteoclasts and osteoblasts—are busy working on 10 per cent of all the bones in the body at any time. While osteoclasts break down old, damaged bones and release their juices so they can be recycled in a process called bone resorption, osteoblasts help form new bones.

In osteoporosis, the osteoclasts wreak havoc in breaking down bones but the osteoblasts are not so quick. Result: loss in balance in bone formation.

Eisman should, however, take cognizance of the fact that more and more research is going into this disease. For a start, Natalie Sims, professor at St Vincent’s Institute in Australia and colleagues have tried to separate the two processes of bone resorption and bone formation, which are integrated with each other. “Current line of drugs tries to reduce the effect of osteoclasts but also ends up depressing bone formation. Hence our approach, explained lead author Sims.

The team worked with a molecule called oncostatin M (osm) in mice. This molecule binds to one of two protein receptors and leads to production of osteoclasts. Blocking one receptor (osm) in mice blocked osteoclast formation without affecting the osteoblasts. Bone density of the mice increased. But with the other receptor (leukaemia inhibitory factor) the team was not so lucky because it repressed bone formation. Journal of Clinical Investigation reported the study on January 10.

In another attempt, Paul Baldock, neuroscientist at the Garvan Institute of Medical Research in the University of New South Wales in Australia demonstrated that the brain also controls bone formation by releasing a neurotransmitter called neuropeptide. This way the brain makes sure that resources are not wasted in bone remodelling when the body is starving or has less energy. When one eats too much, the brain stops releasing the neurotransmitter and, in turn, makes it easier to reproduce and create bones. This was published in PLoS ONE on December 22.

“I have no doubt osteoporosis treatments in the future will find a safe way to block npy receptors on osteoblasts. The development of such treatments must take into account all the processes affected by the npy system—including appetite and mood. You need something that increased bone mass without also making people fat, skinny, sad or angry,” concluded Baldock.