Stress in the city

How brain behaves when stress builds up 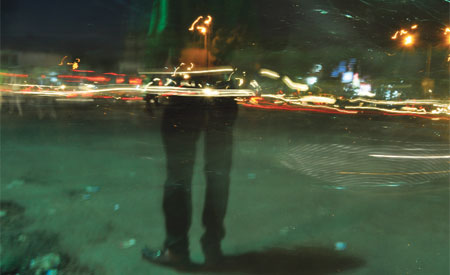 AN ESTIMATED 410 million Indians live in the cities. Their lifestyle is seen as an improvement over life in rural areas, be it in terms of job security, stable future or better access to sanitation and medical help. But cities have their ills—higher incidence of violence, never-ceasing noise, increasingly unclean air and stress- induced lifestyle diseases.

To pinpoint the factors that cause stress among city-dwellers, scientists at the Central Institute of Mental Health, University of Heidelberg, Germany, studied the human brain.

They identified two regions that go haywire as stress builds—perigenual anterior cingulate cortex (pACC) and amygdala. pACC is at the heart of emotion formation, while amygdala processes these emotional reactions and expresses negativity. pACC regulates the amygdala. Together, the two have been linked to depression, anxiety and mood-related disorders, including schizophrenia.

Stress-related brain activity showed the most gradation in city-dwellers, less in townsfolk and the least in people living in rural areas.

Of the two brain regions, people currently living in cities showed most activity in the amygdala. Activity of the pACC was higher in people who had an urban upbringing. This pACC activity peaked in people who were born, raised and continue to live in cities.

Scientist Florian Lederbogen and his team carried out a series of experiments. German volunteers from villages, towns and cities tried to solve mathematics sums under a time constraint and disapproving supervisors. The task set several hearts racing with rising blood pressure. The highest level of stress was among city- dwellers. This activity in the amygdalas was less among those living in towns and lowest among villagers.

To verify that the findings were indeed related to stress and not fear of mathematicss, the team tested two groups of volunteers with maths sums, mental rotation, reasoning, comprehension and learning, and emotional face recognition tasks. While one group was given disapproving supervisors, the other underwent a stress-free test. Each time, city-dwellers showed increased amygdala and pACC activity.

Previous findings show the risk of anxiety disorders is 21 per cent higher in city-dwellers, says Jens Pruessner, co-author of the study. They also show a 39 per cent increase for mood disorders.

Partha Mitra, a neuroscientist at the Harvard University, doubts the study’s future. “According to the authors, the rates of some neuropsychiatric disorders are known to be elevated in cities. I do not see how a brain imaging study adds or subtracts the motivation of policy makers or city-dwellers to act,” he says.

Pruessner says, “This was a basic research study; there was no attempt to point to solutions.” All said and done, large-scale investigations must follow because current lifestyle in cities warrants a change.