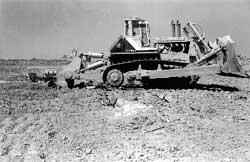 the Geological Survey of India (gsi) has identified new diamond and gold belts in the country with a potential for commercial extraction in the future. Among the newly discovered potential diamond resources are Kimberlite (diamondiferous) rocks in Raipur district of Madhya Pradesh and similar clusters in Madhur region of Andhra Pradesh, according deputy director general of gsi R K Roy.

The four major "gold provinces" zeroed down by an exploring team of geologists lie in Attapadi and Appil-Markada belts of Kerala, Dharwar-Shimoga belt of Karnataka, Shiwalik belt in Himalayan range and Gondwanda basin in Eastern India. However, gsi is yet to make a commercial estimation of these reserves.

"We have found traces of these precious products in the rocks and another gsi team will soon assess their economic value," he said. Among the lesser yielding domains identified for gold mineralisation are Greenstone belts in Karnataka and Andhra Pradesh, the Singbhum-Keonjhar-Mayurbhanj belt in Bihar and Orissa, Sonakhan and Sakoli belts in Madhya Pradesh and Maharashtra, Sudda-Sidhi belt of Uttar Pradesh and Banswara region in Rajasthan. "These lesser yielding rocks can be exploited later after we have exhausted our regular resources," he said.