The discovery of a new drug, TPA, provides succour to hapless nervous stroke victims. Most importantly, the drug helps in arresting serious and irreparable brain damage and gives stroke victims a new lease on life 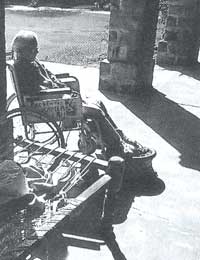 A CHANGE of attitudes coupled with doses of a new drug, according to researchers, is all that is required to help nervous stroke victims keep disability at bay. Doctors need to radically change their attitude towards those who show symptoms of a stroke so that the new genetically engineered drug could work on them and prevent irreversible brain damage.

Until now a nervous stroke was being considered an untreatable disease. A clot-dissolving drug developed by the US-based Genentech company is all set to reverse the above notion by making it possible to treat them. Conclusions drawn after a study involving 600 patients in nine medical centres in the US, confirmed that TPA (tissue plasminogen activator, the new drug), when administered to the patients intravenously, within three hours of having a stroke, allowed patients to escape permanent disability three months after the stroke, when compared to patients who were not treated.

The research team headed by John R Matter of the National Institute of Neurological Disorders and Stroke, a branch of the National Institute of I lealth, USA, worked on a well-accepted theory in neurology according to which, 'when a stroke sets in, the brain cells are stunned within a certain time-frame, but these cells could be revived provided the blood flow is restored'. It is estimated that 80 per cent of all stroke victims have ischaemic strokes (strokes occuring due to inadequate blood supply ) caused by blood clots which can be treated by IPA. The remaining 20 per cent suffer haernmorhages.

Since the '50s, scientists have been trying to save stroke patients by dissolving blood clots. But their attempts had to be repeatedly aborted because every time 25 to 30 per cent of the patients receiving the drugs, suffered brain haemmorhages and.some others even died. The decision and determination to treat patients within three hours of the occurence of the stroke made all the difference this time. "A longer wait might mean that the blood vessels in the area of the stroke would become fragile, leading to haemorrhages when the clot was dissolved," says Marler.

With TPA only 6.4 per cent of the patients experienced brain haemmorhages. "The benefits of the drug clearly outweigh its risks," feel researchers. The drug could work well on mild to moderately affected patients from 'being paralysed'. The treatment could, however, make the lives of severely disabled patients worse by curing them very marginally and thereby relegating them to a life of misery.

Keeping in view the limitations of the drug, strokes should be treated as medical emergencies, "There is a tendency among people to go numb and sit around and watch it," says Donald Easton of the Brown University School of Medicine, USA. Now, symptoms of an imminent stroke like weakness in an arm or leg, droopiness of one side of their face or a sudden inability to speak, have to be taken seriously to let the new anti-clotting drug, TPA, counter the stroke successfully. The most important change in attitude must come out of doctors and emergency room staff. Normally, evaluation of stroke patients takes two to three hours. That hardly leaves time for TPA to nip the stroke in the bud.

Though it costs a whopping US $2,000 to administer the drug to the stroke victim, neurologists argue that it is beneficial to patients financially because it helps them avoid visits to nursing homes.