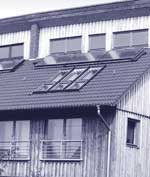 A Green Party source said, "It's positive that Mueller's plans were partially averted," adding, "there was a consensus on marketing renewables".