Success is a mindgame 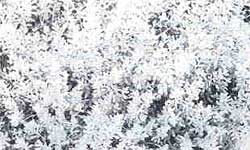 EVEN as foreign companies continue to grab patents on traditional Indian herbal medicines, the Central Drug Research Institute (CDRI), Lucknow, has developed a memory drug extracted from the brahmi herb (Bacopa monniera). A 'memory plus' capsule, based on a 55 per cent solution of bacosides (a natural molecule comprising a sugar and a non-sugar part which is an active constituent of brahmi) has already hit the market. Now, the CDRI is trying to develop bacosides as a modern medicine. "It's safety trials have been successful," says CDRi director V P Kamboj.

As a memory drug, brahmi finds mention in scriptures as old as the Atharva Veda (circa 800 BC), the Charaka Samhita (AD 100) and other ancient texts where it is prescribed as a cure for anxiety and lack of concentration, and even total loss of memory.

The eminent scientist M S Swaminathan is of the opinion that bacosides could actually hold the key to a multimillion dollar global market for 'memory drugs. Velvette international, the Madras-based company that has commercially introduced the herbal remedy, claims to target a Rs 30-crore market.

Bacosides are found to work at the level of neurotransmitters, chemical mediators that sen4 signals from one nerve to another. Bacosidcs (A and B), promote the release of a particular neurotransmitter in the brain called serotonin, which plays a crucial role in retaining short-term memory.

Explains H K Singh, a CDRI scientist who played a key role in the bacosides project, "It improves the learning processes - acquisition, consolidation and retention of information." Also, it is said to result in a significantly improved recall, and delayed extinction of newly learned behaviour, thus enhancing long-term memory.

In one of Singh's initial experiments, rats were administered "shocks" when they frequented dark tunnels (having a natural affinity for darkness); after being treated with bacosides, they preferred lit tunnels which they considered safe. The ones that were not treated, went repeatedly back to the dark tunnels, despite receiving repeated shocks. Interestingly, the drug-administered group - which displayed enhanced memory - performed better, and received fewer shocks than their counterparts.

Of the 35 people who were administered bacosides, none reported any adverse side-effects, says Singh. Deputy director of the CDRI, G K Patnaik explains, "Ayurvedic preparations generally do not have adverse effects. If at all there's a reaction, it will be reversible." Nevertheless, the CDRI scientists assure that they have gone through precribed pharmacology and toxicology tests, although these were not "mandatory for traditional drugs".

Now that the first phase of clinical trials have been conducted safely, the CDRi requires the permission of the drug controller of India for its Phase-II and Phase-in trials. Says Kamboj, "Developing a drug is tough. Only one in 10,000 molecules end up as a drug. And developing a molecule can cost upto us $350-400."

The CDRI, an institute under the Council for Scientific and Industrial Research, with an annual budget of Rs 20 crore and a 1000-plus staff strength with 250-odd scientists, is looking forward to busy times, says Kamboj.

The CDRI'S prestigious products include Centchromon (brandnamed 'Saheli') a non-steroidal contraceptive pill welcomed by several women's groups. Present projects include multi- centre trials of Consap - a spermicidal cream, Compound 80/53 and Arteether - anti-malarial drugs, the latter based on a Chinese herbal remedy. "As a matter of policy," says Kamboj, "we promote research on traditional remedies."