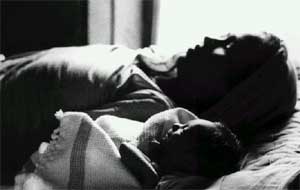 exposure to environmental pollutants present in mothers' blood and breast milk can hinder the development of a baby's brain before and after birth, research shows. Gerhard Winneke and colleagues from Heinrich-Heine University, Dsseldorf, Germany, focused their research on the impact of chemicals called polychlorinated biphenyls (pcbs), which have already been linked to liver and kidney cancer and birth defects.

The researchers studied 171 babies and their mothers. They measured their development at the age of seven months, and again at 18, 30 and 42 months. pcb exposure of new born babies was measured by analysing samples of umbilical cord blood and breast milk. At 42 months, the children's blood levels of pcbs were checked. The researchers found that babies whose mothers had high concentrations of pcbs in their breast milk were more likely to exhibit low levels of development -- both physically and mentally. The difference was particularly evident from the age of 30 months onwards.

"Everybody thought that, if anything, pcbs had pre-natal effect, but we have shown that they can also produce post-natal effects," said Winneke. According to him, paediatricians should reassess the advisability of recommending unlimited breast feeding.