WHO calls for coordinated action to reduce such deaths worldwide 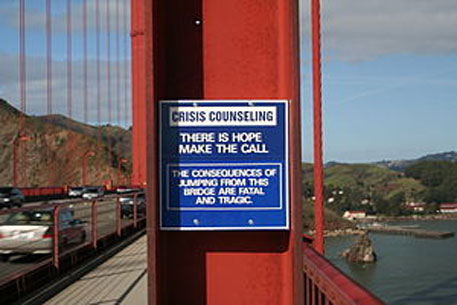 More than 800,000 people die by suicide every year – around one person every 40 seconds, according to the World Health Organization’s (WHO) first global report on suicide prevention, released Thursday. Nearly 75 per cent of suicides occur in low- and middle-income countries. Pesticide poisoning, hanging and shooting self are among the most common methods of suicide, found the report. The report was released a week in advance of World Suicide Prevention Day, observed on September 10 every year. Suicide rates are highest in people aged 70 years and above. In some countries, however, the highest rates are found among the young. Notably, suicide is the second leading cause of death in 15-29 year-olds globally. More men die by suicide than women. In richer countries, three times as many men die by suicide than women. Men aged 50 years and above are particularly vulnerable. “This report is a call for action to address a large public health problem which has been shrouded in taboo for far too long,” said Margaret Chan, director-general of the WHO.

Ways to prevent suicides
The report says that reducing access to means of suicide is one way to reduce deaths. Evidence from Australia, Canada, Japan, New Zealand, the United States and a number of European countries reveals that limiting access to pesticides, firearms and means of hanging can help prevent people dying by suicide.

Another key to reducing deaths by suicide is a commitment by national governments to the establishment and implementation of a coordinated plan of action. Currently, only 28 countries are known to have national suicide prevention strategies.

The report also highlights the need to restrict sensationalising of suicide by the media. It also highlighted that media should avoid explicit description of methods used.

Nearly 90 per cent of suicides in high-income countries occur among patients of mental disorder. Thus, early identification and management of mental and substance use disorders in communities can help reduce suicide rates, says the report.

In the WHO Mental Health Action Plan 2013-2020, WHO member states have committed themselves to work towards the global target of reducing the suicide rate in countries by 10 per cent by 2020. WHOs Mental Health Gap Action Programme, launched in 2008, includes suicide prevention as a priority and provides evidence-based technical guidance to expand service provision in countries.