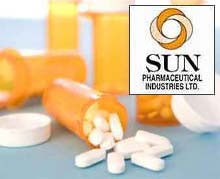 The Competition Commission of India (CCI) on Thursday formed a prima facie opinion that the merger of Sun Pharmaceutical Industries and Ranbaxy is likely to have an appreciable adverse effect on competition. The commission has also invited comments from public in respect of the proposed merger, indicating that the process of merger of two giants may not be smooth.

In April this year, multinational Sun Pharma had announced its plans to acquire Ranbaxy Laboratories Limited from Japan’s Daiichi Sankyo Ltd. The merger, according to them, would lead to creation of the world's fifth-largest maker of generic drugs. Earlier, Ranbaxy was dragged into a controversy in the US for providing poor quality drugs following which US drug controllers restricted few units from supplying drugs to the country.

The country’s anti-trust regulator has asked both the parties to publish details of the merger within 10 working days in order to keep the public and persons likely to be affected by the decision informed. The parties are required to publish necessary details in four newspapers of national presence, including at least two business newspapers, and host the same on their respective websites.

In a related development, Ranbaxy, according to a statement, recently received a notice from the United States attorney for the district of New Jersey, requesting Ranbaxy to produce certain documents relating to matters previously raised by the US Food and Drug Administration (USFDA) with respect to Ranbaxy's Toansa facility in Punjab. In connection with the transaction, Daiichi Sankyo has agreed to indemnify Sun Pharma and Ranbaxy for, among other things, certain costs and expenses that may arise from the said notice.

Multinationals and monopolies - Pharmaceutical industry in India after TRIPS