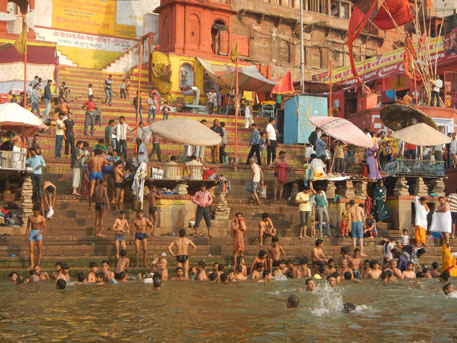 The Supreme Court on Wednesday rapped the Centre over its failure to present the vision on cleaning Ganga. It also slammed the government for delay in taking steps to stop the pollution that comes from effluents discharged by industries.

“You are unable to tell us your vision stage-wise on cleaning the holy river Ganga and your ultimate aim," the Supreme Court said, as quoted in an NDTV report. The court also suggested that the project needed "an expert with a vision"; and cited the example of E Sreedharan, the man who built Delhi Metro.

Talking tough on pollution control measures, the court asked the Centre to explain why the post of Central Pollution Control Board (CPCB) chairperson had been vacant for the past six months. "The pollution control board has to stop industries polluting the Ganga. Those supposed to prevent pollution are not doing their work and are being bribed. Heads must roll," the Supreme Court ordered.

Before this, in September, the SC had rebuked the Centre for submitting an affidavit with an action plan “that may not help to clean Ganga even after 200 years”.

Affidavit of the Joint Secretary to the Govt. of India and Mission Director, National Mission for Clean Ganga (NMCG) in terms of the Supreme Court order dated 13/08/2014

Question raised in Rajya Sabha on irregularities in expenditure on cleaning of Ganga, 21/07/2014

Order of the National Green Tribunal regarding 956 polluting industries discharging effluents into the river Ganga and its tributaries, 06/05/2014