Supreme Court strikes down Section 66A, IT Act 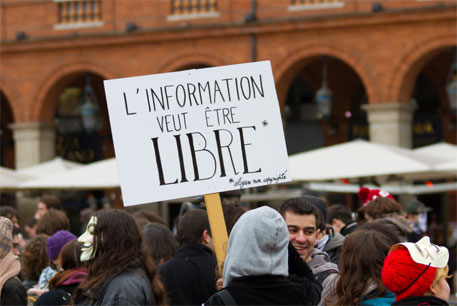 The Supreme Court, on March 23, struck down section 66A of the Information and Technology Act, 2000, calling it unconstitutional and an infringement on citizens’ fundamental right to know. The legal provision empowered the government to arrest a person for posting “offensive” content online. While the law was enacted to stop the misuse of social media, it has mostly been misused by the authorities against the citizens who used social media to criticise the acts of those in power.

The law was challenged by Shreya Singhal, a law student, in 2012 after Thane Police in Maharashtra used the provision to arrest two young women for posting critical comments on the shutdown of Mumbai during the funeral of Shiv Sena leader Bal Thackeray in the social media. In her petition she alleged that the law infringes upon the fundamental right of freedom of speech and expression, and asked that it be declared unconstitutional.

Article 66A of the IT Act read thus:  "Any person who sends by any means of a computer resource any information that is grossly offensive or has a menacing character; or any information which he knows to be false, but for the purpose of causing annoyance, inconvenience, danger, obstruction, insult shall be punishable with imprisonment for a term which may extend to three years and with fine." The petition was joined by several other Internet freedom activists who alleged that the word “offensive” was very vague and was open to arbitrary interpretation by the authorities as per their will.