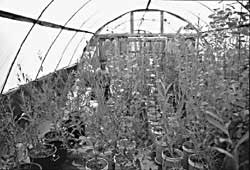 THOUSANDS of small industrial units in developing countries like India do not invest in clean technologies because of prohibitively high costs. Now the Horticulture and Food Research Institute of New Zealand Ltd (HortResearch) has developed a low-cost technology that can help treat contaminated soil and at the same time provide a green cover. Phytoremediation (pr), as the new technology is called, uses trees, grass and aquatic plants to remove, destroy or segregate hazardous substances from the environment.

The health of the soil is determined by the uptake and storage of nutrients in the rootzone. Moreover, this layer controls the quality and quantity of the water filtered by the soil before it reaches the groundwater, rivers and lakes. The scientists from HortResearch say that pr can clean soil that has been contaminated by copper, cadmium and polycyclic aromatic hydrocarbons (pah).

"We will be able to protect our soil and improve the quality of water resources through new knowledge about biophysical processes like the transport, uptake and exchange of chemicals in the rootzone. The pressing need in bioremediation research is to go beyond the laboratory and become operational in the field," says Brent Clothier, portfolio manager (environment and risk management group) at HortResearch.

Another process to treat the soil is fungal bioremediation. In this process bacteria and fungi naturally remove soil contaminants. White rot fungi (Trametes versicolor), which is found in dead wood, exude an enzyme called ligninase to degrade the lignin in the wood to support the growth of fungus. Ligninase is a powerful chemical that can break down soil contaminants such as pentachlorophenol (PCP). PCP contamination is a legacy of old timber mill practices and New Zealand alone has around 800 PCP-contaminated sites. By mixing contaminated soil with white-rot fungi, it is possible to remediate the contamination, says Clothier.

The advantage of PR is that they are cheap and permanent than their industrial treatment methods. During in situ treatment using plants, it is possible to increase the absorption of contaminants through the use of mobilising agents. Mobilising agents are chelating (chemical) agents and acids such a citric acid and ethylenediaminetetra acetic acid (EDTA) and nitrilotriacetic acid (NTA). Ex situ treatment of contaminated soil is also possible. With pr, a variety of plants are available to treat a range of contaminants, even in aquatic ecosystems.

Scientists at HortResearch have found out that poplars and willows are effective phytoremediants because their propensity to extract contaminants from the soil and also because of their high rate of water use reduces the hydraulic loading, which means that the tree transpires water back to the atmosphere, rather than have the rainwater leach through the soil to groundwater. "These trees can deal with pollution from excessive use of fertilisers and effluents to land such as municipal wastewater, bio-solids and dairy-shed effluent, runoffs from roads, tips and landfills, mines and industrial sites," says Clothier. pr can also be used to clean up sites contaminated by PHA by phytostimulation due to microbial activity.

However, the scope of this technology is still limited. pr is slow and cannot be used to clean contamination in shallow soils. pr is not really an option for shallow soils because trees need a reasonable depth of rootzone to grow. They also need water and nutrients and these cannot be provided for with just shallow soil, he adds.

"Science needs to push its environmental-protection ideas and its remediation tools beyond laboratories. In moving along this path, research and development will encounter economic exigencies and powerful socio-legal frameworks. These counter-forces may either be attractive or repulsive. The developing force exerted by new science and innovative technology must become irresistible, so that we achieve a clean, healthy and productive environment," adds Clothier.