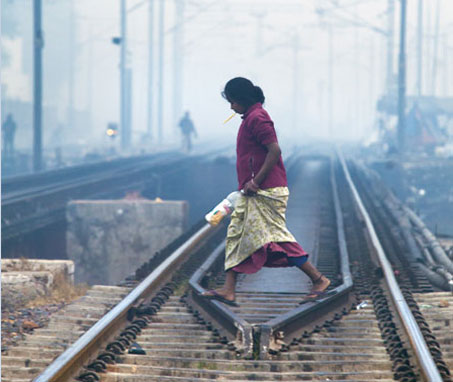 India has got world attention for its Swachh Bharat Mission, which has set October 2, 2019 as the deadline for achieving universal sanitation coverage. The country, at present, accounts for over half the number of people in the world who defecate in the open, which is a cause for major embarrassment for a country that aspires to be world leader.

Details of India’s ambitious sanitation mission were shared with participants from countries attending the ongoing third Faecal Sludge Management (FSM3) conference in Hanoi, Vietnam. On the second day of the conference on Tuesday, three presentations were made on India. These were by Rohit Kakkar, deputy adviser with the Central Public Health and Environment Engineering Organisation of the Union urban development ministry, Shubhagato Dasgupta from think tank organization, Centre for Policy Research, and Phanindra Reddy Kanamarle, principal secretary to the government of Tamil Nadu.

A PhD scholar at the conference had a question for Kakkar regarding SBM, which talks of building toilets but is silent on faecal sludge or septage management. The mission talks about toilets for all, but at the same time it has been seen that labourers engaged by Delhi Metro Rail Corporation, in the heart of capital city Delhi, have not been provided toilets, the scholar pointed out. Kakkar had no answer.