On the idea behind the project

The project was developed for the eighth edition of the annual International Genetically Engineered Machine (iGEM) competition in synthetic biology, hosted by Massac­husetts Institute of Technology in November 2010.

Under this project we developed an artificial sweetener. We wanted to develop something that could actually be used. At one point we had thought of developing different flavours of curds. But after looking at the research material available and talking to our professors we realised proteins are easier to synthesise but unfortunately most flavouring agents are not proteins. Since there are protein-based sweeteners, we thought of developing a sweet curd for diabetics. Synthetic biology uses genetic engineering to design and construct new biological products (like enzymes), processes and even organisms.

We chose monellin, a naturally occurring protein sweetener, because it is a small molecule and it is well studied. To produce monellin we put an artificially constructed DNA segment into the lactobacilli used in producing curds. This causes the bacteria to automatically produce monellin, and hence sweet curd. 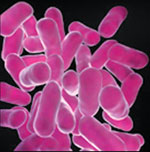 We used two regulators to control monellin production. The first was a promoter, P170, which is naturally found in Lactococcus lacti—a bacterium used in curd production. P170 works best at a pH range of 5 to 6.5 and is ideal to start monellin production as the pH of milk drops from 6.9 to 5 during the natural curdling process.

To cut off monellin production we used another regulator, nisin which is a food grade additive. The protein nisin controls the Cre enzyme expression. Cre enzyme cuts out DNA at two specific sites. In the project it was used to snip the introduced DNA construct.

On taking the concept further

We would like to have an automatic second regulator which works on temperature or time instead of the manually introduced nisin. We do not have the resources to make this a commercially viable product which could take several more years of research. Perhaps others can use our data and move it forward. The data can be accessed at the iGEM website.