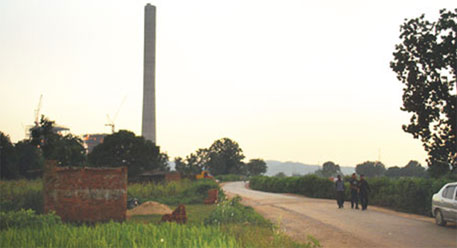 The high level committee constituted by the Union Ministry of Environment, Forests and Climate Change (MoEF&CC) to review the environment laws in the country has recommended formulating a new “umbrella” law to streamline the process of environment clearances for development projects in the country.

Under the new proposed Environment Law Management Act (ELMA), full-time expert bodies—National Environment Management Authority (NEMA) and State Environment Management Authority (SEMA)—are to be constituted at the Central and state levels respectively to evaluate project clearance (using technology and expertise), in a time bound manner, providing for single window clearance.
A “fast track” procedure for “linear” projects (roads, railways and transmission lines), power and mining projects and for the “projects of national importance” has been prescribed in the new mechanism.

The committee, headed by the former cabinet secretary T S R Subramanian, was constituted in August this year to review the key environment laws— Environment Protection Act (EPA) of 1986, Forest Conservation Act (FCA) of 1980, Wildlife Protection Act (WPA) of 1972, the Water (Prevention and Control of Pollution) Act of 1974 and the Air (Prevention and Control of Pollution) Act of 1981— to “bring them in line with current requirements” and “objectives”. All these laws require the industry to fulfil certain conditions to safeguard the environment and take approval of the authorities before developing a project. Later, the Indian Forest Act (IFA) of 1927, the colonial law which governs the forest administration in the country, was also added to the list of laws for the committee to review.

CPCB, SPCBs on way out

The Subramanian committee has not recommended any change in  IFA and FCA but has proposed to club the Air Act and the Water Act with EPA. The existing Central Pollution Control Board and the State Pollution Control Boards, which monitor and regulate the conditions imposed on the industries to safeguard environment, are proposed to be “subsumed” by NEMA and SEMA once the new bodies come into existence.

“This has been done to remove the duplication in the process of environmental clearances,” said a source in the MoEF&CC, privy to the committee proceedings.

The committee submitted its report to the environment ministry on November 18. The executive summary of the report has been accessed by Down To Earth. The committee said in its findings that while the country “has a strong environmental policy and legislative framework, much of the problem relates to weak implementation of various Acts and rules.”  “Conservation advocates, project proponents and judiciary – none is satisfied with current environmental governance and the policy tools currently deployed in the management of the sector,” says the report.

Under the new project clearance mechanism, the report says, GIS reference maps, combined with use of multilayer data captured through satellite imagery for relief and topography, hydrology, including underground water resources, soil characteristics and settlement patterns would be used for preliminary screening and speedy process of project clearance applications.”

In the new system, the project proponents will be responsible for self certification of the information on their projects. “A new concept of ‘utmost good faith’ has been inducted, through a new legislation, to ensure that the applicant for clearance is responsible legally for his statements,” says the report. For any misrepresentation or suppression of facts “severe” penalty, including financial burden and up to seven years of imprisonment, is prescribed in the report, says the source. “This will also significantly reduce Inspector Raj,” the report says.

ELMA also provides for an appellate mechanism against the decisions of NEMA/SEMA or MoEF&CC, in respect of project clearance, prescribing a three month time limit for disposal of appeals.

The report also recommends that an “environmental reconstruction cost” should be assessed for each project on the basis of the damage caused by it to the environment and should be dovetailed with the cost of the project. This cost has to be recovered as a cess or duty from the project proponent during the life of the project. An “Environment Reconstruction Fund” is proposed to be established for accumulation of this cost and other penalties recovered from projects.

The report also proposes a National Environment Research institute “on the lines of the Indian Council of Forestry Research and Education” to bring in the application of high-end technology in environment governance.  To bring qualified and skilled human resource in the environment sector, the committee has recommended creation of a new all India service— Indian Environment Service.

The executive summary of the report recommends a “fast track” procedure for “linear projects” which provide benefit to community at large, as well as power/mining projects, as also projects of national importance. “This is in line with the ministry’s order that consultation with all the villages should not be insisted for the approval of linear projects. In case of mining and power projects, there will be separate cells in NEMA and SEMA with experts of the fields to specifically look into these projects and prescribe specific conditions such as greening of unused portions of the mine along with the mining operation in other parts,” said the source.

The committee has not suggested any major changes in the forest laws but has recommended revision of the compensatory afforestation policy. It has suggested that the area for compensatory afforestation in the revenue land should be doubled from the current one hectare for each hectare of forestland diverted to non-forest use for development projects. The compensatory afforestation in degraded forest land should be increased to three times the forestland diverted to non-forest use from the current rate of two times the diverted land. The committee also recommended increasing the net present value (NPV) of the forest paid by the project proponents for diversion of forests to five times of what it is today.

The committee also recommends identification of “no go” forest areas – primarily with over 70 per cent canopy cover and “protected areas”— which shall not be disturbed “except in exceptional circumstances, and that too only with the prior approval of the  Union Cabinet”. In the WLPA, the committee has sought revision to make the wildlife management plans obligatory for each protected area and also to enhance the punishment for wildlife offences.