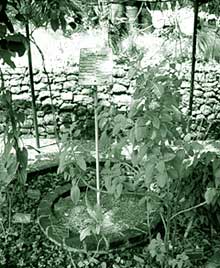 Preventing illegal trade in endangered flora and fauna is getting some much-needed attention. The Union ministry of environment and forests (m o ef) is hurriedly putting together draft legislation, possibly amending the Wildlife (Protection) Act, to ensure the protection of endangered species. The sudden urgency is the result of a ban that the Convention on International Trade in Endangered Species (cites) recommended against India on December 22, 2004, for failing to comply with its obligations under the convention. It called for all its 166 other members "to suspend commercial trade in specimens of cites -listed species" with India.

"It is a high priority for the ministry and we hope to have a draft ready in 10-15 days," stated B K Lal, inspector-general (wildlife), moef. Though unable to say when the law would be enacted, he remarked that one of its provisions would spell out the penalties to be meted out to violators. "Recently, two Spanish women were caught with shahtoosh shawls," says Ashok Kumar, trustee and senior advisor of Wildlife Trust of India, a non-governmental organisation. "But, they were let off loosely by customs authorities with a fine of about Rs. 1.5 lakh," he adds.

Both Kumar and Lal say the impact of the ban on trade would not be much. "It could affect some medicinal plants and formulations," adds Kumar. Moreover, for the ban to be effective, India's trading partners need to implement cites ' recommendation. "Until now, no country has taken any action to ban trade with India," clarifies Lal.

India joined cites in 1976. As part of its obligations under the convention, India is committed to implement a resolution cites adopted at its Eighth Meeting of the Conference of Parties (cop-8) in Kyoto in 1992. The resolution required cites members to prohibit trade in specimens that violate the convention, penalise such trade and confiscate specimens illegally traded or possessed and designate both a management authority and a scientific authority. cop is the convention's apex decision-making body and comprises of all its members.

Despite several extensions, India has failed to fully implement the 1992 decision. In 1997, a classification of countries based on the level of compliance with the convention, put India in the middle category -- a party that is generally believed not to meet all the requirements for the implementation of cites. By March 2002, when the Standing Committee, a subsidiary decision-making body of cites, met in Geneva, India had still not fully complied with the resolution. The main inadequacy lies in enforcement and penalties, which the draft law now seeks to address. The committee had asked all the countries that were lagging in formulating laws, including India, to submit a cites Legislation Plan laying out the steps that would be taken to enact adequate legislation and setting a timetable for doing so.

By March 2004, India had submitted its plan and was to continue reporting progress it was making, which it did not do. When the Standing Committee met on October 1, 2004, in Bangkok, the cites secretariat reported that it had received no written evidence of legislative progress being made in India. The committee instructed the secretariat to issue a ban if no progress was made by November 1, 2004.

The cites notification issued in December says despite an additional reminder, the secretariat was not even sent a revised legislation plan, forcing it to impose the ban. Lal claims that they did respond to the secretariat, which was apparently not satisfied with the replies. India has been taking the position that the Wildlife (Protection) Act and the Indian Customs Act adequately cover its legal commitments under the convention.

The ban, however, is a temporary one. Once India has the draft ready and submits it to the secretariat, the ban would be lifted. Lal acknowledges that they were aware of the possibility of a ban. The obvious question then is why did India not take the steps it is contemplating now?