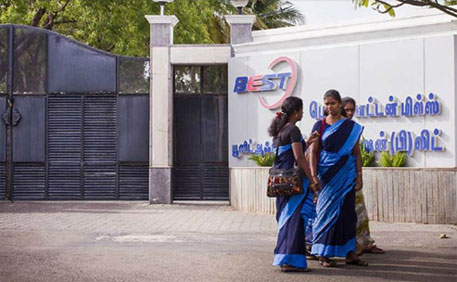 A report released on Tuesday by the Amsterdam-based Centre for Research on Multinational Corporations (SOMO) and the India Committee of the Netherlands (ICN) has revealed that workers in Tamil Nadu’s textile mills work under appalling conditions, almost equivalent to modern-day slavery.

For the report, researchers interviewed 150 workers and analysed corporate information and export data regarding the companies involved, said the press release.

They found that most of the workers at the mills were rural Dalit women from impoverished households, who had been lured from their home villages with attractive promises of decent jobs and good pay. In reality, however, they did not get contracts or payslips and had nowhere to go to express their grievances. This was because there are no trade unions or functioning complaint mechanisms at the mills.

In a blog on news website ‘The Guardian’, the researchers have talked about two mills that were supplying products to Bangladesh garment factories and fell under the Bangladesh Accord on Fire and Building Safety. Eighteen months ago, the Rana Plaza building in Bangladesh had collapsed, killing more than 1,100 garment workers, and prompting global shock and outrage. In response, more than 150 international retailers had signed up to the Bangladesh accord on fire and building safety, a legally binding agreement designed to make factories safer for workers.

The report called upon all corporate actors along the global garment supply chain – from spinning mills to fashion brands – to be more transparent about their supplier base.

ICN programme officer Marijn Peepercamp said, "Governments at the buying end of the supply chain are failing to ensure that companies live up to the Organisation for Economic Co-operation and Development or OECD Guidelines for Multinational Enterprises. The state duty to protect and the corporate responsibility to respect human rights as laid down in the UN Guiding Principles on Business and Human Rights are not being respected."