Tanakpur treaty to come up for ratification

The sharing of waters between India and Nepal has always been a contentious issue. If the latest agreement is any different, it is only because the issue has become political. 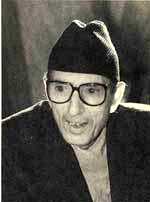 THE NEPAL Supreme Court has ruled that the government's so-called understanding with India on the Tanakpur Barrage was a treaty that has to be ratified by Parliament. Under the treaty, signed in December 1991, Nepal agreed to provide 2.9 ha of land to India for tying the 577-metre left bund of the barrage to the high ground on the Nepali side.

India would provide up to 4.24 cumecs of water -- enough to irrigate about 5,000 ha of land in Nepal on a perennial basis. India also agreed to supply 10 million units of electricity from the Tanakpur power station to Nepal free of cost as a "goodwill" gesture, an amount that was increased to 20 million units when Indian Prime Minister P V Narasimha Rao visited Nepal in October 1992.

The opposition, capitalising on a distrust Nepalis have had for India in water-related projects, had insisted the agreement was a treaty that had to be approved by a two-thirds majority in parliament, a number the ruling Nepali Congress cannot muster on its own. The court ruling, however, was silent on whether ratification should be by a two-thirds majority in both houses of parliament or by a simple majority in the lower house.

The Nepalis have long felt "cheated" by India in such matters. A sore point is the sharing of the Mahakali river, a deal that dates back to 1929. India received land to build the Sarada barrage and Nepal got an equivalent area of sal forest and Rs 50,000. Today, the sal forest is long gone, but the Sarada barrage still takes away most of the Mahakali waters. Nepal was conceded a right to a minimum of 11.3 cumecs for its kharif supply and 9.25 for rabi sowing, with the proviso that kharif supply would be augmented when Nepal's own Mahakali irrigation system is developed. But when Nepal asked for the increased share, India had already used it up.

Veteran journalist B G Verghese says there appears to be a widespread feeling in Nepal that the Kosi and Gandak barrage projects, too, were not entirely in their favour. In both cases, it was felt Nepal would have had a greater say in the management of the projects and a fairer share of costs and benefits if the barrages been sited further upstream.

Indian experts feel the commotion is just so much ado about nothing and that Nepal would lose out if the bund is removed. Experts contend, "The Tanakpur barrage does not deprive Nepal of water -- it merely diverts water to turbines and releases it back into the river" and Nepal also enjoys full sovereignty over the land on which the bund stands.

But because Tanakpur has become a political issue, mere technical adjustments alone will not help. The leftists, the main opposition, have demanded Prime Minister Girija Prasad Koirala's resignation and similar rumblings were heard from within the Nepali Congress.

The government proposes putting Tanakpur up for parliamentary approval in the next session, which is to start late January. "How can Koirala come to parliament with such a background? He must go and that will lead to the making of a new situation," B M Adhikary, a senior leader of the United Marxist-Leninist faction of the Communist Party of Nepal, told Down To Earth. Adhikary was referring to the "lie" -- that the agreement was an understanding and not a treaty -- and how the government "misled" the nation.

However, S D Muni of Jawaharlal Nehru University in New Delhi warns, "If the agreement falls through, all of India's water agreements with Nepal, such as the Karnali and Pancheshwar and the Kosi and Gandak barrages, will face severe hurdles." However, Muni feels if the agreement is ratified by a simple majority, "there is little chance it will be shot down by the Supreme Court". Even so, he predicts, the opposition and ruling party dissenters will call it a "sellout" and rake up the issue.