Telangana will give top priority to welfare of poor, agriculture: Chandrasekhar Rao 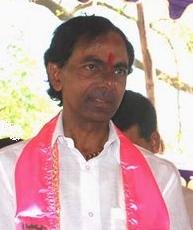 K Chandrsekhar Rao, who is going to be the first chief minister of Telangana, the 29th state that will come into existence on June 2, said the reconstruction of Telangana will be the top priority of the new government. Welfare of the poor, agriculture and creation of jobs by improving the economy and attracting national and international investment through best industrial policies will be the main concerns of the new government, he said.

"The government of Telangana will implement all the promises made in our election manifesto," said Rao while  addressing the media after being unanimously elected as the leader of the legislative party of Telangana Rashtra Samiti (TRS) on May 17.  Party representatives met governor E S L Narasimha on May 18 to stake claim to form the new government.

In the recently concluded Assembly and Lok Sabha elections, TRS gave a stunning performance, leaving the Indian National Congress way behind. TRS bagged 63 out of 119 Assembly seats in the 10 districts of Telangana. It also won 11 out of 17 Lok Sabha seats. On the other hand, the Indian National Congress which stood ahead of TRS in the elections to the urban and rural local bodies, bit the dust. It's aspirations to form the first government in the region for having granted Telangana a separate statehood proved futile. The party won only 21 Assembly seats, down from the 48 they had won in 2009, and just two Lok Sabha seats in Telangana with a majority of sitting MPs tasting defeat. The TDP-BJP combine came close to the Congress tally by bagging 20 seats, of which the regional party bagged 15 Assembly seats and BJP five. 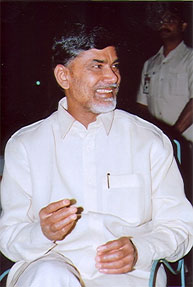 TRS's manifesto released prior to the election states that if voted to power habitations of tribals would be recognised as gram panchayats and it would spend Rs 50,000 crore in the next five years for the Scheduled Castes (SC) communities, Rs 25,000 for Backward Classes and Rs 1,000 crore in five years for the welfare of Muslims. It has also promised that 1.2 hectares of land would be given to SC families that depend on agriculture for their survival, Rs 1,500 pension for the disabled and Rs 1,000 pension for widows and aged. He has also promised salaries and pension to the state employees on par with the Central government employees.

Rao has promised to rebuild the new state as the most developed state in the country in every sphere, be it industrialisation or agriculture. How many of the promises of TRS would be translated into reality need to be seen.

In Seemandhra, the residual Andhra Pradesh, N Chandra Babu Naidu, the leader of Telugu Desam Party, who is going to be sworn in as the new chief minister, too, says he will implement all his election promises. While talking to the media on his party's performance—the party along with its poll partner BJP, won 106 of the 175 Assembly seats and 11 out of 25 Lok Sabha seats in the 13 districts of Seemandhra—Naidu said his government will make Seemandhra the most developed state in India. With the help of BJP government at the Centre, its partner in the elections. He said the file pertaining to farm loan waiver would be among the first to be cleared by his government.

However, this may he might find it difficult to fulfil the promise of waiving loans taken by farmers. According to TDP's own estimates, waiving loans will add a burden of over Rs 40,000 crore to the exchequer. Naidu himself confessed that the agenda set by the party seems a bit scary. There was uncertainty on almost everything including financial resources after the bifurcation. He ,however, said the party has formulated an action plan to fulfil all the promises given to farmers.