The UK-based Macmillan Publishers has been ordered to pay £11.3 million (US $18 million) for “unlawful conduct” related to its education division in East and West Africa. 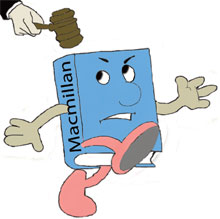 The report stated that an agent for Macmillan had made “bribery payments” to secure a World Bank-funded tender to print and supply education materials in South Sudan. The company, though, did not win the contract.

Macmillan said it “deeply regretted” what had happened. “Fortunately, it has been established that the issue was confined to a limited part of our education business in East and West Africa,” chief executive Annette Thomas told BBC. Macmillan also said it had cooperated with the World Bank and SFO by instructing lawyers to conduct an independent investigation into all publicly tendered contracts it won in Rwanda, Uganda and Zambia during 2002-2009.

The World Bank set up a trust fund in 2006 to help rebuild South Sudan’s economy, health and education systems devastated by decades of civil war.