Of halving the world's undernourished by 2015 is ambitious. Here's why: 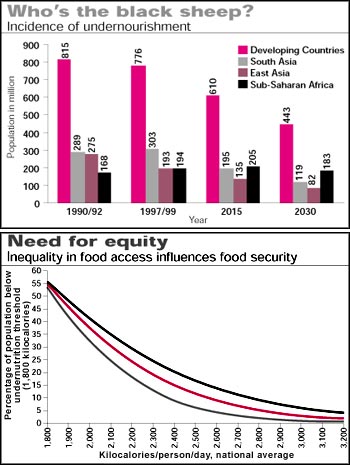 
• Food security is also dependent on the level of inequality in access to food. If there is high inequality, as seem plausible in the region given the levels of poverty, the proportion of undernourished population is bound to be high at a given level of per capita food consumption