The closing of the gates 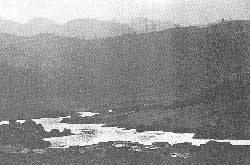 THERE was something questionable and baffling about the closure of the construction sluices on the Sardar Sarovar dam on February 23 this year. First, the suddenness of it: the Narmada Bachao Andolan says that 40 families were still present at Vadgam and were affected by the closure when the sluicedoors dropped shut. Second, two professional divers, employed with Divers and Engineers International, a Bombay-based firm, died under mysterious circumstances while helping to close the gates. A complaint was lodged with the Kevadia police station stating that the two, identified as Shekhawat and Manohar Nikam, had died accidentally.

The run-up to the closure was a complex maze: on February 22, M S Reddy, secretary in the ministry of water resources, had written to R Rajamani, his counterpart in the ministry of environment and forests, saying that, considering the progress of resettlement and rehabilitation and environmental action vis-a-vis the Sardar Sarovar project, it had been decided to proceed with the closure of the construction sluices and the construction of spillway blocks up to a stipulated limit.

Copies of the letter were forwarded to Mata Prasad, secretary in the ministry of welfare, and faxed to the chief secretaries of Gujarat, Madhya Pradesh, Maharashtra and Rajasthan, to Ashok Chawla, managing director, Sardar Sarovar Narmada Nigam Ltd (SSNNL), and N Ramaswamy, director (civil), SSNNL. The next day, work in this direction had commenced at the dam site at Kevadia village. By the evening, the interim chief minister of Gujarat, Chhabildas Mehta, appeared on the regional telecast of Doordarshan and announced the closure of the sluices.

The rationale behind the granting of permission was provided in M S Reddy's letter: Maharashtra had confirmed the completion of resettlement and rehabilitation (R&R) up to elevation level (EL) 69m, which Gujarat had also completed; Madhya Pradesh was not affected at this elevation. Details about catchment area treatment were also provided by these three states and found satisfactory, and flora and fauna studies upto this elevation had concluded. The decision was also closely synchronised with the release of 1,500 ha forest land in Maharashtra, based upon which the state government planned completion of R&R upto EL 80.3m by June 1994.

But the closing of the sluice gates has created a furore, with the NBA accusing the Gujarat government of having violated a Supreme Court order, of disregarding an assurance given by the Prime Minister on January 12, and also its own assurance given to the World Bank earlier. A legal notice was served by the NBA on the Gujarat government and the Narmada Control Authority, on the grounds that the closure of the sluice gates involved contempt of the Supreme Court, because the Apex Court had directed the authorities concerned to give a six-month notice period to affected tribal families before taking such an action.

The upstream effects of the closure of the sluice gates continues to generate controversy. Among the first to be affected by the rising pondage after the closure of the sluices were the villages of Vadgam, Mokhdi, Shulpan, Gadner, Katkhedi and Dhumna. They had been granted a stay on February 24, 1993, by the Gujarat High Court against forcible eviction unless fully resettled and rehabilitated, on the basis of an earlier petition filed by the Lok Adhikar Sangh (LAS). Girish Patel, advocate to LAS, argues that the sluice closure was actually having the impact of forcing the villagers to move without being satisfactorily rehabilitated. The villagers had been offered alternate sites at Malu but had returned complaining that their homes provided were shanties and that cultivation was not allowed. But Rushikumar Pandya, assistant commissioner (SSP) denies these allegations and says that the villagers moved away of their own accord after the closure of the sluices.

The downstream effects have also been mired in conflict. The NBA raised a series of objections to:

* the immediate stoppage of all water resources to 210 villages and five towns which depend directly or indirectly on the Narmada for sustenance
* the adverse impact on fisheries, particularly hilsa and zinga (tiger prawns) after salinity affected groundwater and river bed water
* the increased pollution concentration on the river bed
* the absence of navigational facilities for the boatmen involved in travelling and ferrying people and material
* the impact on agricultural irrigation in the form of lack of resources for villages like Zanor which utilise lift irrigation schemes
* the fact that even if some water were to be available, the muddy nature of the bed would make the river unapproachable

D T Buch, advisor to the Narmada Planning Group, says that the principal argument against those raised by the NBA is that the absence of flow in the downstream area is only expected to last for one to two weeks.

In any case, said a report by an expert committee of the Narmada Planning Group (NPG), "It has been seen that there would not be any appreciable impact on the eco- system and drinking water availability." As for the hilsa, M P Pathak said , "It (the closure of the sluices) would not mean a complete absence of flow, and in order to maintain some flow special arrangements have been made. The livelihood of the fisherfolk would not be jeopardised over a period ranging, at the maximum, from a week to a fortnight."

The NPG report also addresses the matter of the collection of prawn seeds and says, "The wild harvesting of macrobachium resenbergi ***(?) seeds takes place from November to February. The actual collection of seeds depends on the existing demand." The conclusion arrived at was that the closure period should not make a material difference to the livelihood of the fisherfolk.

The motive for the closure of the gates, says P A Raj, vice-chairperson, SSNNL was that at a later date, as the dam height increased, the sluices -- at 18m elevation -- would be subjected to very high velocity and a substantial pressure head during the monsoons; after the monsoons, the depletion in the reservoir level would lead to debris and other material collecting at the gates, making closure extremely difficult and hazardous. Buch says that another problem visualised was that the velocity of water would increase the erosion of the concrete and cause substantial damage. While SSNNL and NPG officials repeatedly assert that the closure of the sluices was necessary to preserve structural coherence, the NBA remains unconvinced.


All these contrary signals came after some broken promises. In fact, on January 12, Prime Minister P V Narasimha Rao had said firmly that the resettlement of the oustees would be undertaken prior to the closure of the gates. Plus, the World Bank in a review of the Sardar Sarovar Project in September, 1992, had said that one of the decision taken was that "...the plugging of the temporary construction sluices at the foot of the dam has been deferred till June 1994".

Although the World Bank was subsequently asked by the Gujarat government to withdraw monetary support to the project, another letter was sent this January by Heinz Vergin, director, India Country Department, to M S Reddy, where he sought assurance that dam construction was synchronised and implemented with R&R, without which "support from the World Bank will be difficult to sustain."

However, Gujarat minister for Narmada affairs Babubhai Mehta says, "Any step taken in this project has to be approved by the Narmada Control Authority, the Review Committee of the Chief Ministers and the Sardar Sarovar Construction Authority consisting of engineers and experts. We can't take one step without such approval. There is no question of transgressing any orders, we had the required permission."

As for pollution, SSNNL officials say co-ordinated action had proceeded with the state Pollution Control Board, and as a precautionary measure it was ensured the quality of effluents was rigorously checked before and during the closure period. Finally, Pathak says, "The crux of the matter is that the period is so short and the need for the closure was a technical requirement." To cap it all, SSNNL managing director Ashok Chawla says that on March 8, at 8 am, the water level had risen to 53m and flow had commenced from the higher elevation river sluices.