Increasing nitrogen levels will pit plants against each other 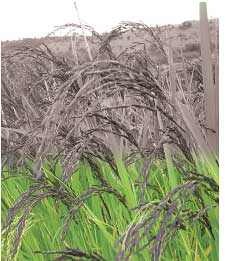 2010 is the year of biodiversity. It has begun with environmentalists mulling over a study that says plant biodiversity is in for a toss. As the warming proceeds, the levels of nitrogen and carbon dioxide—the two most important driving factors of plant growth—would increase. Darwin’s survival of the fittest would come into play as the most abundant plant species would dominate thus reducing species richness and, in turn, threatening plant biodiversity.

The study, published in Science on December 4, specifically showed that under a nitrogen-enriched atmosphere C3 grasses like rice, wheat, barley would be dominant. These crops also need more water to grow. Therefore, under conditions of drought they could leave the C4 grasses such as maize, sugarcane and millets with hardly any minerals or water for uptake.

“The dominant limiting resource (N) is the main driver of reduced species richness,” said Reich, scientist with the department of forest resources at the University of Minnesota in usa. Simply speaking, nitrogen is an element plants need to fight each other for. So if its levels increase, the species that can absorb nitrogen more efficiently, would produce more food; its growth would increase, thus pushing the weaker species out of the picture. “Elevated levels of CO2 and nitrogen both increase production. But elevated CO2 levels also counteract the tendency of high N supply to reduce diversity and increase production of only the dominant plants,” he added.

This study just provides one aspect of what to expect from a gradually warming climate. Here nitrogen is the anti-hero. Said Reich: “Rising CO2 might also indirectly impact biodiversity. That has not been addressed by my study that tried to look at the changing climate in this one particular perennial grassland. We need to pay attention to the direct and indirect ways in which CO2 influences plants, their diversity and productivity—both CO2 as a plant resource and CO2 as a driver of greenhouse warming.”