Is suicide in your genes? 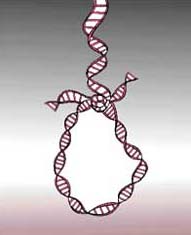 why do some people kill themselves? Suicides, till recently, were incidents that only a psychologist would look into, and through years of psychological study we now know that unbearable bouts of depression, stress and numerous other psychological factors can force a person to take such an extreme step. Whatever the causes are, suicides alone are responsible for thousands of deaths every year. But in all these years, medical science has done precious little to learn more about why some of us harbour such suicidal tendencies.

However, a medical team recently attempted to untangle the mystery behind suicides. This team, comprising us researchers, conducted an in-depth study into the factors that compel a few of us to take such drastic steps and terminate our lives. And the results of this study suggests that suicide can run in our blood -- or to be more precise, in our genes.These researches claim that one in every four patients undergoing medication and counselling after attempting suicide could be suffering from a genetic disorder that causes extreme depression often leading to suicide.

Scientists think that Wolfram patients are carry two defective copies of an unknown gene. The gene's exact location has not yet been identified, but by studying 25 families with a markedly high incidence of the disorder, Swift's team has narrowed down to chromosome 4.

The researchers also noticed that many of the family members, who were otherwise free from most of the symptoms of the disease, experienced frequent bouts of depression often severe enough to require hospitalisation, with several members having attempted suicide. From this, the team inferred that a single copy of the "bad" gene is quite enough to predispose patients to extreme depression and even suicide.

So Swift and his colleagues analysed the dna samples from 11 relatives of Wolfram patients who did not have the condition but had been hospitalised for depression in the past. If these individuals had been a random sample of family members who did not have the disease, only three of them should have carried the "marker" dna sequences known to be linked to the defective gene. Instead, 10 carried the sequences.

"The data was overwhelming," says Swift. If these figures hold true for the general population, anyone with a single mutant gene would be 26 times as likely as to be normal to be treated professionally for depression.

Applying this to one per cent of the population, who the experts think carry the defective gene, implies that people with the faulty gene could account for a quarter of the patients treated for extreme depression, or after attempting suicide.

However, Lynn Goldin of the Clinical Neurogenetics Unit at the National Institute of Mental Health, in Washington, usa , warns that extrapolating from such a small study is difficult. She suspects that the true incidence of psychiatric problems caused by the Wolfram syndrome gene is lower that Swift's estimates.