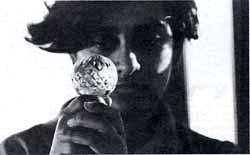 THE Big Bang theory postulates that a uniform mix of radiation and particles pervaded space immediately after the explosion of dense matter. As the matter cooled, defects appeared in this uniform mix that, cosmologists speculate, led to the formation of galaxies.

In 1976, theoretical physicist Thomas Kibble of Imperial College in London postulated that galaxies formed in many parts of the universe in much the same manner as curds forms in milk or bubbles develop within cooling liquid crystals. Now, two experiments on how some substances change on being cooled have lent a touch of reality to the existence of one of these hypothetical defects: cosmic strings.

In the first experiment, Mark J Bowick, Eric A Schiff and L Chandar from Syracuse University and Ajit M Srivastava from the University of California in Santa Barbara gazed into a cooling liquid crystal and glimpsed structures that looked like threads or strings. They also found that the threads formed at the same rate as predicted in the theory for cosmic strings.

The idea is that a cooling liquid crystal mimics the happenings during the first fraction of a second of the Big Bang. As the liquid crystal cools, it goes through a transition where its rod-like molecules suddenly change from chaos to order. The transition takes place in such a way that separate domains of molecules form.

They observed the formation of swirls as liquid helium was cooled below a critical temperature. Below this temperature, normal helium is transformed into a superfluid that has unique properties such as frictionless flow (Nature, Vol 368, No 6469). The swirling currents observed can be interpreted as remnants of the disordered earlier phase when helium was an ordinary liquid.