The miracle of the hills and the humans 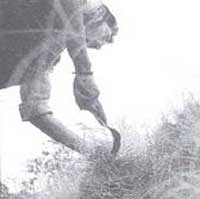 Daulat Ram, the old man of Sukhomajri, a Gujjar hamlet near Chandigarh, once said, "Hills and human beings have the same power. If their energies are put together instead of being set against each other, a miracle will result." Daulat Ram is no more, but his village has demonstrated that such miracles are possible. Sukhomajri has shown irrefutably that conservation efforts, when left to the people, can work remarkably better than efforts devoid of local involvement.

About 15 years ago, Sukhomajri was a poor and ecologically degraded village. Most of the 1,200 mm of annual rainfall was lost as run-off. Its agricultural land could not support its 455 human beings and 411 cattle. In their search for fuel and fodder, the people denuded the barren hills further. It was a macabre dance by two great powers: humans and nature.

Daulat Ram inspired P R Mishra of Chandigarh's Central Soil and Water Conservation Research and Training Institute, to begin a watershed development programme in the village. This was an unusual teaming up -- of illiterate but knowledgeable villagers with a foreign-trained scientist -- that ultimately resulted in the understanding that soil conservation is possible only with the prosperity of the people. Daulat Ram's first lesson from Mishra was that all precipitation should be harvested in situ. Mishra's team disregarded barbed wires around forests and imposed social fencing. But behind this was the understanding that they would be the beneficiaries of such practices.

A small bund was constructed in 1976-77 to divert and dispose rain water through a safe outlet. The impounded water was distributed equally by the people themselves. The village crop yields increased steadily and this led to the desire to protect the watersheds. Grass was planted on the contour ridges and on the slopes in between the trenches dug to arrest the rain in situ. Nursery raised seedlings of khair and Dalbergia sissoo were planted on the slopes.

Sukhomajri is today an example of the way officials should act if they seriously want to practise the human and ecological development they preach. Its mud hovels have been replaced by brick-and-cement structures and the children, including girls, go to school and are well fed. The number of buffaloes, all stall fed, have increased and milk production has increased by 200 litres daily, generating an additional Rs 1.5 lakh annually. The khair trees have grown and are ready for cutting. Even if they are sold as wood, they can generate Rs 50,000 per household per year. And, if katha is extracted, the income can be higher.

The ordinary Indian villagers of Sukhomajri are today representatives of the transformations they can bring about in their own lives and in their surroundings. Only a little power and a little encouragement are necessary, but this little bit requires a great attitudinal change in the powers that be.

The government must recognise that when it comes to resources, the people are much better managers. This is not just because they have a better knowledge of their local environment but because of their high stakes in it: Their lives depend on it.

Sukhomajri is not an isolated instance. Its success has inspired many villages, even as far away as Palamau. Studies by economists show such efforts have enormous employment generation potential and very favourable cost-benefit ratios. But these trivialise the issue. The point is Indian villagers have shown themselves to be very efficient financial managers. Sukhomajri got a few lakhs of rupees from outside, but it utilised the money better than the nation, which gets crores in foreign aid.

Sukhomajri has now put Indian bureaucracy on trial. The land on which the khair was planted legally belongs to the forest department. Though officials privately say the mature khair trees should be cut soon -- dead khair doesn't yield katha nor bind the soil -- the official position is that the people have no right to fell the trees. It raises the old question once again: Who owns a tree -- the caretakers of the soil or the legal owner of the land?

The answer in Sukhomajri is important because it will determine the earnestness of India's efforts in participatory development and democracy. Sukhomajri's people deserve the full economic benefits of the ecological changes they have so miraculously wrought.