The price of populism

The Punjab government avoided tough decisions and resorted to populist measures. Now, the economy and the environment are both in tatters 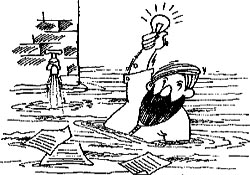 the Akali Dal-Bharatiya Janata Party ( bjp) coalition government in Punjab has decided to do away with a number of populist measures, including free water and power provided to farmers. Gifting money to girls belonging to a scheduled caste and or the Christian community at the time of their marriage is also likely to be discontinued.

The decision came after the state cabinet sub-committee on economic affairs reviewed the state's financial position. Though the decision is yet to be announced as we go to press, a spokesperson of the Punjab government in Delhi said, "This is a cabinet decision, it was taken in the state's interest and will be notified soon."

"Finally, good governance prevails over bad politics," says Donna Suri, assistant editor with The Indian Express , Chandigarh, referring to the politics of subsidies and sops. Two years ago, when the government introduced these steps, environmentalists opposed them, saying these would affect the state's ecology more than its economy. Punjab was already facing rapid groundwater depletion due to overexploitation, and the decision to provide free electricity and water led to further abuse of the resources. The Rs 1,200-crore subsidy has left the state's coffers in a mess.

The state government had initially claimed that the measure would boost agriculture in the state. These measures were mistakenly taken to be environment-friendly by a section of the intelligentsia. This was reflected in the Delhi-based Centre for Science and Environment's survey conducted to ascertain the nation's most environment-friendly chief minister. Initially, Prakash Singh Badal ranked high in the survey as people mistook the populist measures for environment-friendly ones. Subsequently, his name was removed as it did not fit the criteria.

"Free water and electricity for the farmers do not help as they lead to misuse of the depleting water resources, thus affecting the farmers in the long term," says S P Mittal, principal scientist at the Central Soil and Water Conservation Research Institute, Chandigarh.

What comes as a surprise is that the voters were sceptical of the real intentions behind the doles. This was reflected in the ruling coalition's dismal performance in the recent general elections. Surprisingly, in the recent Lok Sabha elections, the Akali- bjp candidates had also trailed in more than 40 rural assembly constituencies.

The decision to withdraw the sops was, in fact, long-awaited, given the critical state of the state's groundwater resources. The water table in the region is falling by 25-30 cm annually. Of the 5.03 million hectares (ha) of the total land area of the state, the water table is falling in 4.32 million ha. Around 60 per cent of the state's farmers depend on groundwater for irrigation, and this dependence is rising at an alarming rate. About 900,000 tubewells are used for irrigation in the state that produces 60 per cent and 40 per cent of the country's wheat and rice, respectively. In its State of the World report, the Washington, dc -based Worldwatch Institute has warned that Punjab's aquifers would dry up by 2025.

As a result of these populist measures the state's financial crisis became so acute that it was diverting all central development assistance from social sectors like health and rural development, leaving them virtually empty. The World Bank, which is supporting developmental activities in the state, advised restraint and fiscal disciplining.

In fact, the state has failed to generate more revenues by cutting the huge subsidy bill, which it had undertaken to do when it took an advance loan from the Centre in May. This was apparent when the government had to mortgage one of its buildings to avail a loan to pay salaries to its employees. Recently, the opposition Congress party demanded that a financial emergency be imposed in the state.

However, Badal had said that the policy of providing fertiliser subsidy and free electricity to farmers was "practical and suitable to the Indian socio-economic conditions". But the present financial condition of the state seems to have had a sobering effect on everyone. Even his own departments have expressed concern over the freebies.