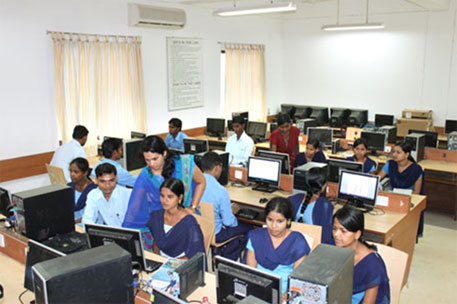 Never before have there been so many young people. Never again is there likely to be such potential for economic and social progress, states the State of World Population Report 2014 released by the United Nations Population Fund (UNFPA).

According to the report, titled “The power of 1.8 billion: adolescent, youth and the transformation of the future”, there are about 1.8 billion young people in the age group of 10 and 24 in a world population of 7.3 billion. In certain countries, more than one in three is a youth. By comparison, there were just 721 million young people in a world’s population of 2.5 billion in 1950. 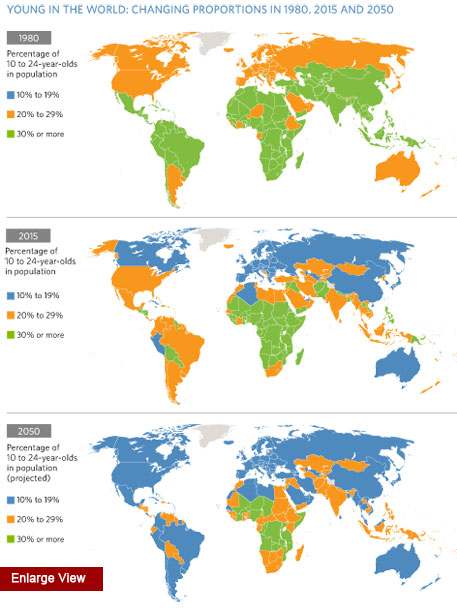 This is a pivotal moment in the demographic transition, because the share of the working-age population (15 to 64) is larger than the population dependent on it, freeing up resources for investment in economic development and in the household. This transition results in a demographic dividend, which has the potential to drive economies.
Demographic challenges

Unfortunately, the report highlights, the highest proportions of young people—about nine of 10 people in the age group of 10 and 24—live in less developed countries, where poverty is prevalent, access to critical health care and schooling is the lowest, conflict and violence are frequent, and life is the hardest.

The rate of youth unemployment worldwide remains at very high levels, both in developed and developing countries, states the report. Globally, 73.4 million youth were unemployed in 2013 (about 36 per cent of the world’s 202 million unemployed people). Youth unemployment is highest in North Africa and Western Asia. 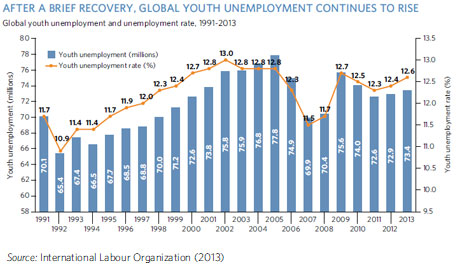 “Demographic transition will happen,” Babatunde Osotimehin, Executive Director of UNFPA, told humanitarian news agency, IRIN, “but the dividend is not a given. You need to seize it, and you need to understand that this is the time to seize it.”

The UNFPA report thus calls on the governments of 60 countries, where the demographic shift is taking place, to ensure that their young working-age populations are equipped to seize opportunities for jobs and other income-earning possibilities. With the right policies and investments in human capital, countries can empower young people to drive economic and social development and boost per-capita incomes, it states.

Europe made this transition long ago. South East Asia followed, and more recently China. All saw a dramatic increase in prosperity, the so-called “demographic dividend”. In the 1950s and 1960s, several East Asian economies invested heavily in young people’s capabilities and in expanding their access to voluntary family planning, enabling individuals to start families later and have fewer children. Medical advances improve child survival. As the first generation of the baby bulge reaches adulthood and joins the workforce, there are more adults to support fewer dependants. Families have the chance to get richer, and the result was unprecedented economic growth. The Republic of Korea, for example, saw its per-capita gross domestic product grow about 2,200 per cent between 1950 and 2008.

Now Africa is going through the same transition. If sub-Saharan African countries repeated the East Asian experience by making the right investments in young people, enabling them to participate in decisions that affect their lives and adopting policies to bolster economic growth, the region as a whole could realise a demographic dividend amounting to as much as US $500 billion a year, for 30 years, states the report. 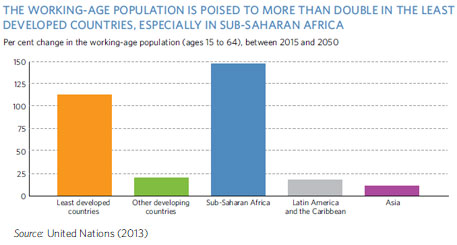 It suggests that the governments need to invest in areas that protect rights, including reproductive rights, improve health, including sexual and reproductive health, and provide skills and knowledge to build young people’s capabilities. These investments can also accelerate fertility declines, which can in turn accelerate the demographic transition.

However, the report warns that the governments must realise the demographic dividend before the growth of youth population start to drop. Except Israel and five sub-Saharan countries, where the population is still “youthening”, ageing is projected to proceed at various rates worldwide after 2020. The proportions of the young in all populations will shrink with time. 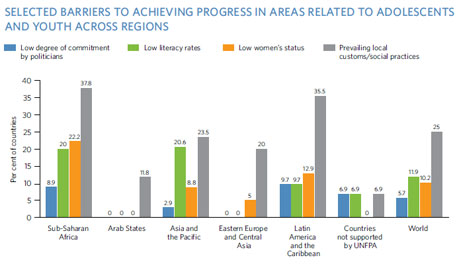 State of the World's Children 2014 in numbers: every Child counts