The world is heading towards mass extinction, study suggests 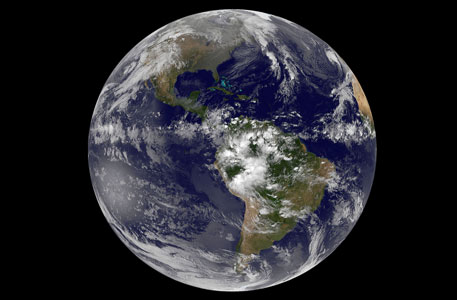 We are now entering the sixth great mass extinction event, says a study by Stanford Woods Institute for the Environment. Published on Friday, in journal Science Advances, the research calls for an intense action on conservation of endangered species.

According to the study, even with extremely conservative estimates, species are disappearing by up to about 100 times faster than the normal rate between mass extinctions or the background rate.

"If it is allowed to continue, life would take many millions of years to recover, and our species itself would likely disappear early on," said Gerardo Ceballos of the Universidad Autónoma de México and the lead author of the study.
Ceballos and his team, including Paul Ehrlich, Bing Professor of Population Studies in biology and a senior fellow at the Stanford Woods Institute for the Environment, compared fossil records and extinction counts and the result is a definitive extinction crisis.

A 2014 study by the Brown University estimated that extinctions are about 1,000 times more frequent now than 60 million years before and the reason for such an elevation is the presence of human beings.  However, they studied evidences from evolutionary family trees. They state that though fossils are helpful sources of information, they often only allow identification of the animal or plant’s genus, but not its exact species.

Crucial ecosystem services such as global hydrological cycles that influence the purification and flow of water, honeybees’ crop pollination, provision of bio fuels, vegetation and traditional plant medicines would also disappear as species disappear, emphasises the author. Other services are recreational, spiritual and cultural, along with supporting services such as soil formation and nutrient cycling. Any harm done to it, therefore, will lead to a cut back in the availability of food, fresh water, fuel wood, fiber, biochemical and genetic resources (for breeding and bio technology).

Another research by the University of Connecticut this year had estimated that climate change accelerates the risk of extinction, threatening up to one in six species. According to International Union for Conservation of Nature (IUCN), the overgrowing human population—responsible for deforestation, ocean acidification, climate change and carbon emission—has destroyed the natural habitat. About 41 per cent of all amphibian species and 26 per cent of all mammals are vulnerable to extinction.