There is no space for coal, warns UN climate chief 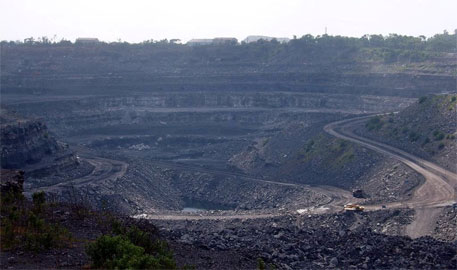 Christiana Figueres, executive secretary of the United Nations Framework Convention on Climate Change, has said Australia needs to shift to renewable energy and that the country has “no space” to drive its development on coal.

Figueres, after a meeting with Australian officials in Adelaide, agreed to work more closely to drive an uptake in renewable energy, coordinate energy-efficiency schemes and help communities adapt to climate change, according to the Guardian. She also urged the states to work with the federal government to help deliver a “strong” global agreement at key climate talks in Paris in December.

The meeting was attended by the environment ministers of the Labour-run states and territories – Victoria, South Australia, Queensland and the ACT. The federal government, Tasmanian and New South Wales governments were represented at “senior official level”, and Western Australia and the Northern Territory were absent.

She “emphasised that the science is clear that there is no space for new coal or unmitigated coal” and Australia needs a national consensus to achieve a “maximum possible effort” in the battle to avoid dangerous climate change. Australia experienced its warmest and third warmest years on record in 2013 and 2014 respectively, and has already warmed by 0.9 degree Celsius since 1910.

Quantifying the impact of climate change on extreme heat in Australia