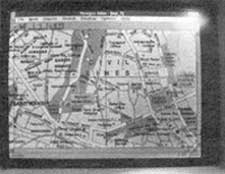 YOU are posted as a fire officer in a metropolis. One morning, you receive an emergency assistance call about a firebreak. The hysterical caller does not mention the house number -- he just blurts out that it is in "Jaipur colony", near a dilapidated monument. Because there is also a Jeypore colony in the city which is in a diametrically opposite direction to Jaipur colony from the firestation, you wonder which colony the caller referred to. The only clue is that the site is near a monument in ruins.

However, there is still a lot you can do than scream. Thanks to a new map archiving software developed by the Delhi-based Newgen Software Technologies Pvt Ltd called Newgen Atlas, "it is a paperless solution to the cumbersome process of map archiving," claims Anurag Joshi, a software engineer with the firm. Such a map could immediately confirm which of the 2 colonies the distress call came from by locating the ruins.

Newgen Atlas, explains Joshi, is a totally digital map storage facility where the entire database can be defined by the user. It provides detailed reading of many sets of maps, including many levels of detail in a map. "To increase the level of detail, the system does not magnify the original image, instead it invokes a separate image. Prominent objects and landmarks in the city can also be documented and there is a facility of 'quick search' to locate a particular position."

It is possible to associate additional information about landmarks, adds Joshi. For example, if a hospital is marked in a locality, then other details -- such as the number of beds, its facilities, names of specific doctors -- can be fed into the system for easy retrieval.

Moreover, the software can superimpose different sets of maps to compare the intricate details in each of them. "This will be of immense help to architects and city planners, telecommunication and electricity departments for laying down telephone and electricity lines and, of course, to the police and the fire services," says Joshi.