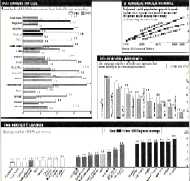 FAMILY planning practices are growing rapidly, but not fast enough to make a dent in the world's population. The UN argues there is a large unmet demand for family planning services. In one generation, the proportion of married women in the developing world who are using contraception has risen to an estimated 50 per cent. Surveys show that in many countries, women want only half the number of children they actually have. Therefore, it is argued that if women could choose how many children to have, the rate of population growth in the developing world would fall by about 30 per cent. And by 2025, the total developing world population would be less by as much as a billion -- 6.1 billion instead of 7.1 billion.

Fewer pregnancies would also improve the health of women. One pregnancy of every five in the developing world is unplanned and unwanted. An estimated 0.5 million women die every year from complications during pregnancy and childbirth.

What would it cost to bring family planning services to all couples by the end of the century? The UN estimates about $2.5 billion a year. A UN document, therefore, argues: "When so much could be achieved for so many and at so little cost, failure to make family planning available to all couples may well come to be regarded as the 20th century's most costly mistake."