Diseases transmitted from commercially-reared bees could wipe out wild bee populations, it says… 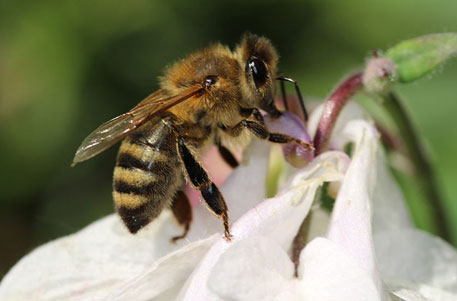 A new study by British scientists says that the practice of commercially rearing honey bees could prove to be deadly for wild members of the species, as domestic bees could transfer diseases to their wild cousins.

The study was carried out by a team of scientists from the University of Exeter. Its results were recently published in the Journal of Applied Ecology, a BBC report said.

The BBC report said that the study reviewed data from existing studies to look at the potential for diseases to jump from commercial bees to insects in the wild.

“Our study highlights the importance of preventing the release of diseased commercial pollinators into the wild,” the BBC report quoted lead researcher Lena Wilfert as saying.

“The diseases carried by commercial species affect a wide range of wild pollinators but their  spread can be avoided by improved monitoring and management practices. Commercial honey beekeepers have a responsibility to protect ecologically and economically important wild pollinator communities from disease,” added Wilfert.