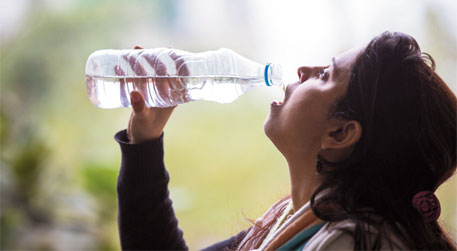 BISPHENOL-A (BPA), a compound widely used in plastic products, can affect an entire group of molecules involved in normal cell functioning in humans, a recent study has found. The carbon-based synthetic compound is usually added to plastic for toughness and clarity and is used in food packaging containers and water bottles.

Earlier studies suggest BPA increases the risk of heart diseases, breast and prostate cancer and neuronal diseases. The recent study published in the Journal of Medicinal Chemistry shows BPA acts on enzymes in human cells called GTPases (GTP). These enzymes occur in two states within the cell: in the active form they are bound to GTP molecules and in the inactive form they are bound to GDP molecules, a lower-energy form of GTP. GTP are molecular “switches” that activate signals in the cells when they are needed.

Marie Schopel and others from Ruhr University and Bergische University in Germany have demonstrated that BPA binds to two different small GTPases–K-Ras and H-Ras–and prevents the switching action between GDP and GTP. “Our research provides further evidence that the physiological effects of BPA may be even more complex than previously assumed,” says senior author of the paper, Raphael Stoll from Ruhr–Universität, Germany.

The researchers found that BPA starts affecting cellular function when its concentrationÃ”Ã‡Ãªgoes above 100 micro molar. “This is an interesting biochemical observation, but it does not necessarily mean that such effects will be caused in the human body,” says Scott Belcher, a pharmacology researcher at the University of Cincinnati, US. “100 micro molar concentrations are at least a million to billion times the levels observed in humans. BPA is very rapidly metabolised and does not accumulate,” he adds.

In the absence of conclusive evidence on BPA’s ill-effects on humans, health organisations are divided on whether to put restrictions on the compound or not. It is, therefore, better to use plastic products that are BPA-free. Also, glass or porcelain containers should be used for hot food items.