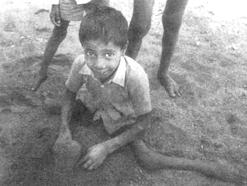 IT MAY not be possible to eradicate poliomyelitis from the world by the year 2000 unless adequate resources are mobilised in time, warn World Health Organisation (WHO) officials. Bruce Aylward, in-charge of the WHO Global Polio Eradication Initiative, says that only a few polio-endemic countries are left in the world.

Polio is still a major problem in countries such as Bangladesh, Pakistan, India, Nepal, the Democratic Republic of Congo, Nigeria, Ethiopia, Somalia and Sudan. Members of the Global Technical Consultative Group on Polio Eradication (TCG) have said that since the initiative has been taken there has been a 90 per cent decline in polio cases worldwide. However, the target to eradicate it by the year 2000 does not seems to be forthcoming.

While a majority of the costs of polio eradication are covered by the polio-endemic countries themselves, about US$150 million in additional support is still required for the year 1999.