Tourism to be prohibited in Jarawa reserve 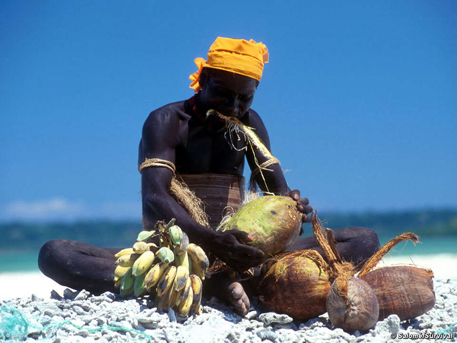 In the wake of the controversy over the video showing Jarawa women dancing in front of tourists, the Centre has decided to prohibit tourist activities within five km of the reserve area inhabited by the primitive tribe in the Andamans. Violations of the law in the Jarawa reserve will invite a monetary penalty and a jail-term. The proposal to this effect was approved by the Union Cabinet on May 31.

There are only about 300 surviving members of the tribe and they have little immunity to outside illnesses. Their habitat is protected as a tribal reserve notified under the Andaman and Nicobar Protection of Aboriginal Tribes Regulation (ANPATR) of 1956. In 2007, the Andaman administration issued a notification, declaring an area up to five km radius around the Jarawa Tribal Reserve as a buffer zone and prohibited any commercial and tourist activities within it. However, the notification was challenged in the Calcutta High Court which quashed it on the grounds that the principal regulation only permits notification for reserved area and has no provisions for declaring an area as buffer zone.

To overcome this drawback, the Union home ministry drafted the Andaman and Nicobar Islands (Protection of Aboriginal tribes) Amendment Regulation of 2012 which has the necessary provisions for notifying buffer zone and restricting commercial activities in it. The Cabinet has now approved the proposal for promulgation of this regulation. The Andaman administration had appealed against the Calcutta High Court order in the Supreme Court and the case is sub judice.