The Food Insecurity Report 2014, released by the Food and Agriculture Organisation of the United Nations (FAO) last week, has revealed that one in nine persons in the world is chronically undernourished. Though the prevalence of undernourishment has fallen from 23.4 per cent in 1990-92 to 13.5 per cent in 2012-14 in the developing world, countries still have a lot of ground to cover in meeting hunger reduction targets set by the World Food Summit. People’s access to food depends on a range of factors like access to arable land, availability of agricultural inputs, irrigation, domestic supply of food, imports, prices, climate and political stability. An unfavourable combination of any of these factors affects people’s access to sufficient and wholesome food. Jitendra spoke to experts from three countries of three different continents, each with their own peculiar history, politics and climate, to understand what food security means to their people. Excerpts from the interviews: 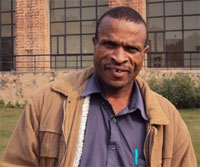 Nelson Mudzingwa is the National Coordinator of Zimsoff (Zimbabwe Smallholder Organic Farmers Forum) and of the Zimbabwe Peasants’ Movement. Zimsoff's mission is to create and nurture a dynamic alliance of smallholder farmer organisations that promotes organic farming, processing and marketing and ensures the welfare of smallholder farmers in Zimbabwe, through participatory ecological land use planning and management. He details how Zimbabwe achieved food self-sufficiency in spite of the embargo placed on the country

Has the Zimbabwe government planned an organic farmers’ movement?

Yes, we have gone through a 10-year embargo since 2000. The international agency put sanctions over us and our country stopped getting foreign aid. But we turned this bane into a boon. We developed strategies to focus on local innovations and technology to fertilise soil. One of the innovations was developing the soil fertilisation method through manure-making, composting and good use of biomass to increase fertility. All these innovations developed during our time of crisis when other developing nations were enjoying foreign aid.

The embargo was placed after a land reform programme initiated by the then Zimbabwe President, Robert Mugabe. The EU and USA came together to impose the sanction. This sanction created a food crisis. Subsequently, there was no aid for Zimbabwe to buy food and no support for agriculture. There was no support even for procuring seeds. We went back to our local seeds and local methods of fertilisation of soil, among other agricultural technologies. Today, we have achieved food self-sufficiency. 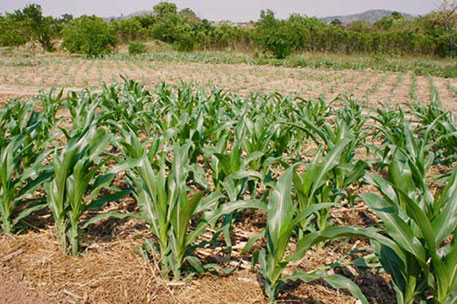 The land reforms of Zimbabwe were genuine agrarian reforms. They benefited a majority of the population which was landless. Even I was landless before 2000 but I now have 8 hectares of land. All 500 families in my village have land. The embargo period turned into opportunity. The sanction has not been lifted yet but now, it seems irrelevant.

How do you view the progress of the organic farming movement in the world? Is it closer to achieving its goal?

Yes, the organic farming movement is going in the right direction. People thought conventional agriculture was the only road to food security but its impact is beginning to show now, like high cost farming, soil degradation, ill impact of chemical fertilisers and disease-causing pesticides. It is the right moment for people to pick organic farming as the only option. Another point is the effect of climate change that is coming at a very high speed in Africa. Ordinary people in Africa have started realising the impact of climate change on the continent. The only solution is to go in the direction of organic farming, where one can maintain fertility of the soil, stop soil erosion, use local seeds as per the local climate, maintain natural seed banks and preserve local biodiversity. The movement is gaining ground.

‘There is no food security in the Gulf’ 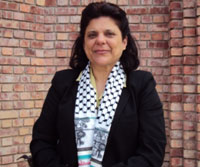 Razan Akram Zuetyen is Founder and President, Arab Group for the Protection of Nature (APN) and Initiator and Interim President of the Arab Network for Food Sovereignty (ANFS). She highlights how the lack of food security in countries like Palestine is linked closely with the political conflict in the region

What is the condition of food security in West Asia and Arab countries?

Food security is at the root of our sovereignty. Henry Kissinger, former US secretary of state, once said, “Control petrol and you can control the nations, control food and you can control the people.” Controlling food is a new way of colonising the people. Food security is must for Arab countries to get sovereignty over their lives, natural resources and their production.

What are the challenges in achieving food security?

There are huge challenges like weak governments, conflicts and a neo-liberal economy in which the World Bank dictates policy. We can achieve food security only if Arab countries go for economic integration. 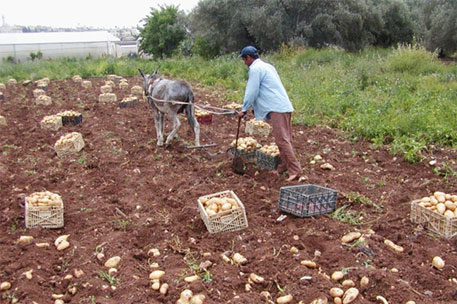 How is food security in Palestine?

Unfortunately, we are not going to be a food secure nation in the long run. Earlier, we were practising organic farming but soon, it was replaced by intensive farming and the chemical fertiliser model of agriculture. Many Israeli chemical fertiliser companies sold cheap products and made the Palestine region their dumping ground. Now, we are working hard to make people aware about the hazardous impact of intensive farming. Palestinian people are fighting against Genetically Modified (GM) food for the last eight years. 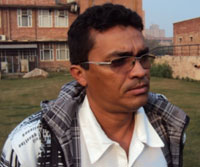 Francisco Antonio Pereira is Member, Movimento dos Trabalhadores Rurais Sem Terra or Brazil’s Landless Workers Movement (MST), and is responsible for their national coordination. MST is a mass social movement formed by rural workers and was born through a process of occupying latifundios (large landed estates) in Brazil. It became a national movement in 1984. Over more than two decades, the movement has led more than 2,500 land occupations involving approximately 370,000 families. Pereira explains how MST is helping people re-occupy land, currently under control of the country’s select few

What is the status of land reforms in Brazil?

In reality, no land reforms have taken place in Brazil as they took place in Europe and other major parts of the world. The government of Brazil refused to do it. The land is still in the hands of traditionally big landlords. Meanwhile, the MST is helping the landless occupy land.

How has MST been dealing with corporate-driven land grabbing and acquisition?

In Brazil, over four million people do not have land. MST has helped 0. 2 million people occupy land and they are all living in a camp. These lands are quite fertile and produce a substantial chunk of the world’s organic rice. MST has been helping a large number of people, who are unwilling to give their land to corporate-driven land grabbers, re-occupy their land. 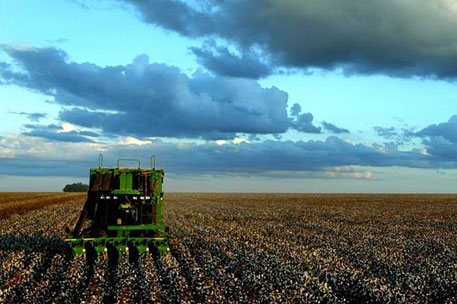 What are the main challenges before the MST movement?

We face an uphill task. The land must go to the landless to feed their families and maintain food security. It is also related to malnutrition. Healthy food is the only answer to the existing malnutrition and food security can only be achieved if our agriculture takes the organic route. However, 80 per cent of the labourers who have joined our movement are illiterate. We need to first make them literate and educate them about all the issues. Low engagement by the youth in our movement is another challenge. Transnational corporations are luring our youth to keep them away from the movement.