Toxins in the womb 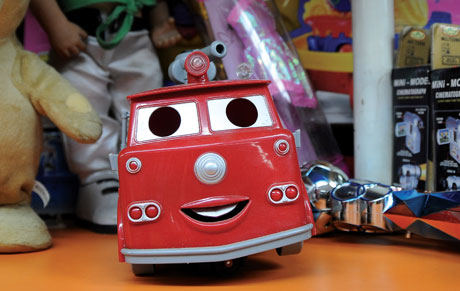 EXPOSURE to organic pollutants can disrupt the formation of nervous system in a foetus. This in turn may lead to neural tube defects. The disease affects over 320,000 infants worldwide every year.

But most of the evidence has been anecdotal, or has relied on tests of mother’s blood alone. Now, a team of researchers in China have investigated the levels of PAHs and other pollutants in placentas, and confirmed the link. The risk of a newborn or foetus developing NTD increases with increasing exposure to organic pollutants, they say.

NTD can lead to spina bifida, in which the spinal covering does not close completely, or cranial abnormalities like anencephaly where the head region of the neural tube fails to close, often leading to stillbirth.

The researchers investigated pollutant levels in placentas of 80 foetuses or newborns with NTDs between 2005 and 2007. They compared them with that of healthy newborns from the same area.

In all the 80 foetuses studied, the risk of NTD was 4.5 times greater where the levels of PAHs were above the average of 597 nanogrammes. With an increase in the amount of PAHs in the placenta, the risk to develop NTD increased 11 times, the researchers noted in the May 2011 issue of PNAS.

The team also studied other pollutants, including pesticides like DDT and flame retardants such as polybrominated diphenyl ethers. They found the effects similar to PAHs.

“The results contribute to the growing body of evidence regarding air pollutant exposure and adverse birth outcomes” says Tong Zuhu, the lead researcher.

A study published in Journal of Exploring Science and Environment last year also found the total PAHs concentrations in the blood of women whose pregnancies were affected by NTDs was higher than that of women who gave birth to healthy infants.

Another study published in the March 2011 issue of Environmental Health Perspectives also found a positive relationship between exposure to air pollutants like benzene, toluene, ethylbenzene, and xylene (BTEX) and the prevalence of NTDs.