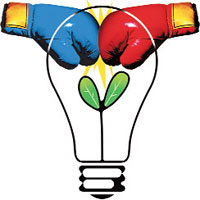 WORLD’S leading green energy producers, Japan and the US have accused Canada and China of unfairly promoting domestic manufacturers of renewable energy equipment.

Japan filed a complaint with the World Trade Organisation (WTO) against Canada on September 13 because one of its provinces, Ontario, passed a green energy act in May 2009. The act provides for incentives to local producers of solar and wind energy equipment. Japan said the act unfairly leaves it out of the market by favouring local companies and that this amounts to violation of international trade laws, including domestic content rules under WTO that prevent countries from imposing restrictions on imports.

The US may file a complaint against China’s renewable energy programme. America’s labour union, the United Steelworkers, submitted a 5,000-page dossier to the US trade representative on September 9, accusing China of risking American jobs by subsidising its green energy industry. China is giving easy credit and tax concessions to meet its domestic energy targets. It is also aggressively promoting low-cost renewable energy solutions. The US government has 45 days to decide whether it should accept the petition and launch an investigation which would lead to filing a case with WTO.

“China and Canada are sending shivers up the spines of multinational companies, making it a straight forward trade war,” said Jayati Ghosh, professor of economics at Jawaharlal Nehru University in Delhi. She said the local content rules under WTO are backward looking and should not be used to prevent clean energy production.

WTO director general Pascal Lamy appeared to be leaning towards Japan and the US when he appealed to governments to liberalise energy trade. Close on the heels of Japan filing its complaint, Lamy told a gathering of government officials and energy company executives that protectionism would drive up costs and slow adoption of green technology. The green energy industry has also criticised Ontario’s energy act that pays a premium for power from wind and solar energy, small hydro projects and biomass fuel.

Such barriers will lead to higher cost for consumers and will slow deployment of green technology, said John Krenicki, vice-chairperson of General Electric Co, one of the world’s largest providers of energy equipment, based in New York. Maude Barlow, activist and chairperson of Council of Canadians, a citizen’s organization, said the case filed by Japan would be a test case for the rest of the world. She defended the green energy act and asked why Ontario’s tax payers should contribute to profit margins of big corporations.