What's on the agenda of WTO's Trade and Environment Committee 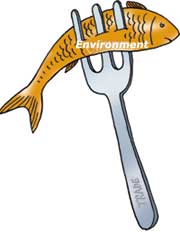 The World Trade Organization's (wto) Trade and Environment Committee has two main agendas since the Doha round of negotiations began in 2001: to negotiate the relationship between wto's trading rules and multilateral environmental agreements (meas), and removing trade barriers on environmental goods and services. It's a limited mandate. But the committee is unlikely to arrive at an agreement on even this by the time wto's ministerial commences in Hong Kong, on December 13, 2005.

The Trade and Environment Committee has about 20 multilateral environmental agreements -- such as the Basel Convention on the trade on hazardous waste -- on its anvil. These environmental treaties often conflict with trade commitments. The us, for example, has challenged the European Union's (eu) moratorium on new genetically modified organisms (gmos), claiming the suspension is a barrier to trade. The country has taken recourse to the wto's dispute settling mechanism, while the eu claims the moratorium will continue till the us agrees to label food for their gmo content, as per provisions of the Cartagena Protocol on Biosafety -- an international environmental agreement. "The T rade and Environment Committee will probably not take up the discord between wto's trading rules and the Cartegna Protocol, till the us-eu dispute is settled," says Sachin Chaturvedi of Research Information Systems for Developing Countries, a New Delhi-based institution that advises the Indian government on wto matters.

mea issues have become the secondary focus of the Trade and Environment Committee, leading its chairperson to consider postponing discussion on these issues till the Hong Kong ministerial. Though this proposal was rejected, the committee has spent its last few meetings discussing removal of trade barriers to environmental goods.
Economic interests

Countries -- or blocks of nations --usually have their economic interests in mind, while listing environmental goods. For example, export-items of interest to developed countries make up almost 80 per cent of the items listed by the Asia-Pacific Economic Cooperation's (apec) secretariat -- it's not surprising that apec's list has the support of New Zealand, Canada and the us. Similarly, Brazil the world's largest ethanol producer, wants this sugarcane-derived fuel to be categorised as an environmental good.

Meanwhile, delegates to the Trade and Environmental Committee are concerned that many of these lists contain "dual use" items, which may actually be used in ways that don't provide any environmental benefits. For example, import of pumps for sewage could be given the preferential treatment accorded to an environmental good. But then, these pumps might be put to industrial use.

Developing countries don't speak in unison while defining environmental goods.Brazil advocates an approach devised by the un Conference on Trade and Development's (unctad). This approach favours tariff reductions for organic products, non-wood forest products and natural fibres. China has a very different standpoint. It has proposed two lists: one containing items on which tariffs have to be reduced and the other with goods under no such obligation. Developing countries could use the second list to protect their infant industries, argue the Chinese delegates.

India has turned the tables on the talks recently with a radically new negotiating stand: forget lists and let a national-level authority decide whether specific "projects" qualify as environmental, and give preferential access to the goods and services associated with those projects. This would imply a temporary lifting of trade barriers on goods and services associated with projects related to air pollution control, water and waste management and environmental monitoring. India suggests this approach would allow national governments the policy space to meet their environmental objectives. However, this approach is criticised for being contingent on bureaucratic approval, and also for its unsuitability to small projects. Developed countries say the approach doesn't offer enough predictability to their exporters.

Chaturvedi is confident that the proposal is viable but feels the government should do a better job in explaining the concept to other countries, and to civil society. "This approach gives countries space to decide their own priorities. But there is no developing country consensus on this," he says. And, its quite unlikely that the Trade and Environmental Committee will arrive at an consensus before the Hong Kong ministerial gets under way.