Multigrain food is not new. It has been part of the Indian diet since ancient times and comes in multitude of combinations 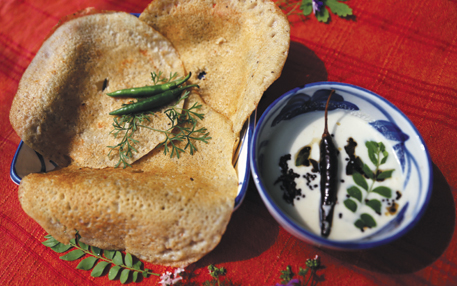 Multigrain food itemsare the latest fad and are available in the market in innumerable avatars, from flour and bread to noodles and biscuits. This mix of grains, either just cereals or a blend of cereals and pulses, is touted as healthy, with high nutritional value. Food companies are spending millions of rupees to promote multigrain products. But when one reads the history of Indian food, it becomes evident that multigrain food has been part of the Indian diet since ancient times.

K T Achaya, an eminent food scientist, nutritionist and food historian of the country, writes in his book, The Story of Our Food, that the concept of blending different types of proteins by mixing cereals and pulses was known during the Aryan times in 1500 BC. It is now well known that such food items contain higher amount of proteins than either of the cereals or pulses. In addition, the mixture is fermented so that it becomes easily digestible and more nutritious, he writes.

One example of such blended food is adai. Achaya describes adai as a shallow fried circlet of “the Tamil country”. “The thickly ground batter consists of almost equal parts of rice and as many as four pulses. It is described in the Tamil Sangam literature between the third and sixth centuries AD as a snack served by vendors on the seashore,” he writes. The initial reference to adai can be traced back to Silappadikaram (one of the first epics in Tamil written by Elangovan in the 1st century AD), and Mathuraikanchi (a collection of poems written in the Sangam era, from 3rd century BC to 4th century AD). Silappadikaram depicts a scene along the beach where vendors are selling crisp adais. This shows that street food in India has a history.

Today, the shallow fried, thick adai is made and eaten more in homes as a popular breakfast item. It does not find a place of pride in restaurant offerings which favour the ubiquitous dosa and uttappam. It could possibly be because adai takes longer to cook. By the time an adai is made, several dosas can be churned out. So dosas are value for money as opposed to adai. In contrast, adai is ideal for a homemaker as it does not require standing next to the skillet to turn it over. One can leisurely leave it for a good several minutes and attend to other kitchen chores. Also, fewer adais need to be prepared as they are thick and filling.

The best part of adai is that it can be made with as many combinations of lentils as one likes. This includes a number of rarely consumed nutritious pulses, such as black gram or urad, the vegetarian equivalent to meat, and horse gram or kulath. Adai made using kulath is very tasty.

Adai is often eaten on the days of fasting when meals are typically restricted to phalaharam, or meal of fruits, and certain grains. Depending on the austerity, people mix the grains and enjoy a balanced diet. Each house has its pet recipe for adai. The variation usually depends on the combination of pulses with rice and, of course, seasoning. Since certain pulses can cause flatulence, black pepper, cumin seeds and asafoetida are traditionally added to adai to help in digestion. But there are those who add red chillies instead of black pepper and coriander leaves instead of curry leaves or use ginger, green chillies and curry leaves for seasoning. Some add a whole range of leafy vegetables, including cabbage, spinach, fenugreek and moringa leaves, while others add small pieces of coconut to enhance the taste.

To suit the contemporary palate, many treat adai as a pizza base and top it with onions and tomatoes, or even eggs, mushrooms and olives. Another fact that works for adai as a favourite breakfast food is that it can be eaten with a host of assortments, be it honey, jaggery, podi or gun powder, pickles or chutney. But the best accompaniment of adai is butter, preferably white. A hot adai topped with butter is soul satisfying, and can never be compared with the market-innovated multigrain food items.

Chitra Balasubramaniam is an independent food writer in Delhi