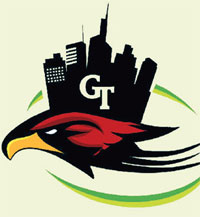 Since September last year a mystery twitter going by the handle, Gidi Traffic, has been informing motorists in Lagos of traffic jams. In the last week of May, he was nominated for, but did not win, the Life-Saving Hero award at the Shorties—regarded as the Oscars of the social media world. But this resident of Nigeria’s largest city has proved reclusive and even refused to reveal his real name.

Many thought Gidi traffic was a computer programme. But in the last week of March, Gidi broke his recluse and attended the Shorties award function, where he told BBC, “My name is Kaptin Idoko and I am Gidi Traffic”.

Idoko said he set up the account to “ease stress” in one of Africa’s most traffic-clogged cities. With traffic updates in real time, people can vary routes on traffic-clustered routes and avoid areas of unrest.

He says the live traffic updates work because he has a lot of followers on Twitter—more than 16,000. “They tweet traffic reports from all over the city and I repost,” he says.