'Trapping leopards that stray into human habitat not the solution' 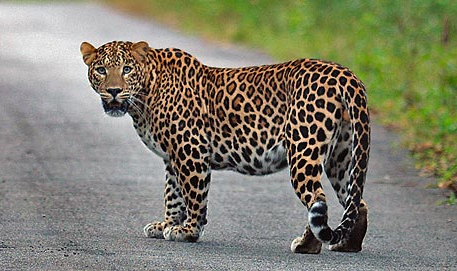 An official statement said the project had set tasks like obtaining baseline data on number of leopards in SGNP, assessing prey population (both wild and domestic) and identifying patterns of conflict to derive logical explanations.  The other tasks included assessing stakeholders’ perception toward conflict and dissemination of the research findings among stakeholders.

“Attacks on people living in the vicinity of leopards can be minimised if certain precautions are taken. For instance, not venturing out in the dark alone, keeping surroundings clean, and thereby not attracting pigs and dogs on which the wild cats feed. It also calls for improving sanitation and waste handling practices,” says Vidya Athreya of CWS.

Adivasi communities who have been living in the forests for many centuries know how to co-exist with leopards, but newly settled people in hutments do not know it, says Krishna Tiwari, author of the Bombay Natural History Society’s City Forest Report.  “We have carried out several awareness programmes along with the forest department among such residents to make them aware about the dos and don’ts of living with leopards,” he said.
Sunetro Ghosal, one of the members of the MfSGNP, who studied several narratives about the national park among a cross-section of the nearly one million residents living on the periphery of the park, said such awareness programmes work. “When residents of Royal Palms in Aarey Colony wanted the forest department to trap the leopards, they were counselled about some basic measures that they can take not to encourage the cats to near them. So they have revamped their waste disposal practices and are more careful about moving about in the dark.”

Director of the SGNP, Sunil Limaye, says, the report has given important insights into the management of the conflict, especially with regard to the practice of trapping leopards, which was predominant method of tackling the problem in early 2000s. “There is a lot of political pressure to trap the leopards because human lives are involved and we need to be seen to be doing something. It is certainly not a solution to the problem, as this report has shown,” he says.

The researchers worked on the project between August 2011 and August 2012. Some small related works for the project such as DNA analysis of the leopards’ scat are still in progress and are likely to take a few months to conclude.