Exercise no cure for depression 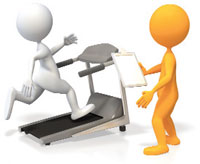 CONTRARY to popular belief, a study shows that exercise does little to pacify depression. The findings contrast with current clinical guidance which recommend exercise to help those suffering from the mental illness.

The study published in the British Medical Journal on June 6 found that physical activity combined with usual treatment did not reduce symptoms of depression any more than the treatment alone.

Researchers from the UKÃ”Ã‡Ãªanalysed 361 patients aged between 18 and 69 who had recently been diagnosed with depression. They were then split into two groups, one of which started exercising in addition to their usual care, while the other only followed standard treatment. Both were followed up for 12 months to assess any change in their symptoms. The study is the first large-scale, randomised controlled trial to establish the effects of exercise on depression. Previously most of the evidence for the positive effect of physical activity in treating depression has originated from studies of small, non-clinical samples.

Melanie Chalder, one of the researchers from University of Bristol, says though the study has found that physical activity does not help in depression “it is important to note that increased physical activity is beneficial for people with other medical conditions such as obesity, diabetes and cardiovascular diseases and these conditions can affect people with depression.”