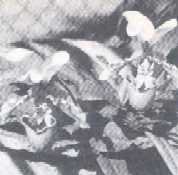 Increasing instances of theft of plant species from Asian countries led delegates at a recent symposium of botanists in New Delhi to stress the need to recognise the importance of taxonomy - the science of classifying organisms. The UNESCO-sponsored meet was organised by Botany 2000-Asia, a network of Asian botanists.

Australian taxonomist Naveieve Marchant noted, "You cannot protect what you do not know exists." In fact, India has lost precious species in the absence of proper verification and export control measures. For example, the northeastern hills have been denuded of mamira (Goptis teeta), the source of berberin, a drug used to cure gastrointestinal disorders, and the beautiful lady's slipper orchid (Paphiopedilum) has disappeared from the Western Ghats. Sold at exorbitant rates in the West, reimporting the orchid for cultivation in India will cost a whopping Rs 25,000 per plant.

Exchange of plant material and germplasm between scientific communities of various countries ha@ also led to such material being commercially exploited, without benefit to the country of origin. The symposium emphasised the need to abide by the 1992 Manila Declaration on protecting intellectual property rights so that the source country receives adequate commercial returns.

Now that taxonomy is no longer "fashionable" and taxonomists have been relegated to routine stamp collector-type work, the delegates stressed the imperative need to attract talented persons to careers in taxonomy.